Cuomo Has Two Words In Response to Critics of Book Deal 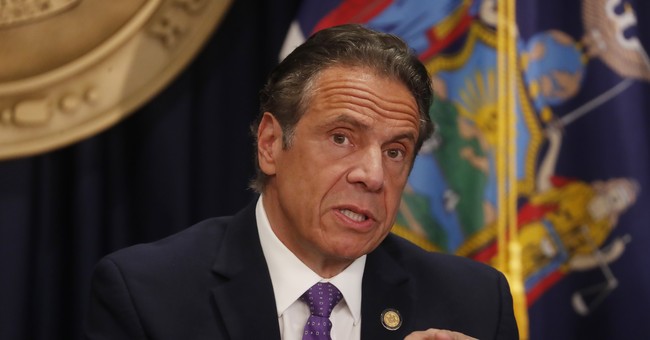 New York Gov. Andrew Cuomo made a whopping $5.1 million off his book deal touting his leadership during the COVID-19 pandemic, even as his nursing home directive resulted in the deaths of thousands of residents.

During a press conference on Thursday, Cuomo was asked about “allegations out there that you made money on the backs of dead people.”

The Democrat’s decision to put COVID-19 positive patients back into long-term care facilities, with a group of people most at-risk, killed nearly 13,000 New Yorkers.

But Cuomo was having none of it, responding to the reporter with two words: “That’s stupid.” He then went on to the next question.

The governor “continues to be completely dismissive and disrespectful to the individuals who paid the greatest price during the pandemic,” he said, reports the New York Post.

Cuomo “has shown us time and time again exactly who he is and where his priorities lie,” said state Sen. Jessica Ramos (D-Queens). “What is actually stupid and offensive is that the governor hasn’t resigned already.”

Gov. Andrew Cuomo responds to criticism that his $5.1M COVID book contract allowed him to profit off of people who died:

Later during the press conference Cuomo sought to clarify his remarks, telling the reporter, “I thought your question was stupid and offensive.”

I could use the same adjectives to describe @NYGovCuomo https://t.co/awgCuHJfci