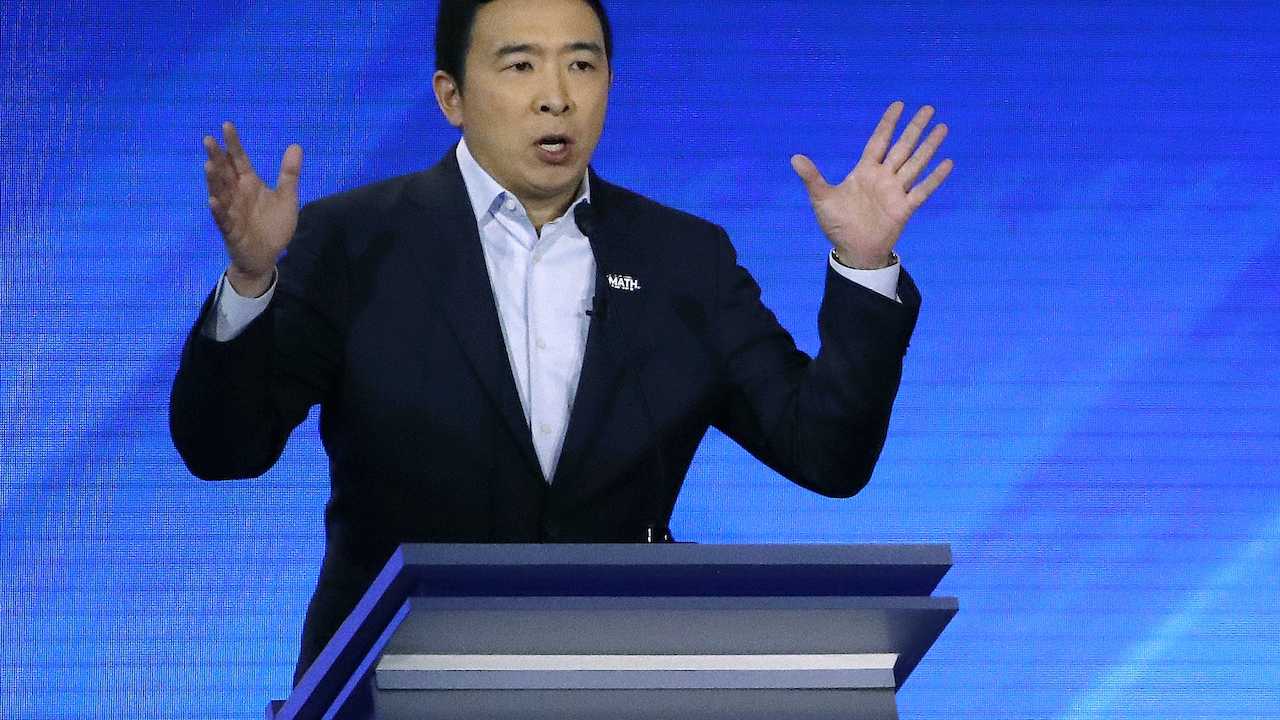 While landing at 1600 Pennsylvania Ave didn’t pan out for former Democratic presidential candidate Andrew Yang, the tech entrepreneur announced in January that he is running for mayor of New York City.

Yang, a proponent of universal basic income, is still a hard-core leftist—but there is one issue he doesn’t appear to be caving to the progressive crowd on: policing.

When he launched his campaign, he said then that enacting “smart policing” would be part of his agenda, and on Sunday, he doubled down and made clear the city can’t afford to “defund the police.”

“The truth is that New York City cannot afford to defund the police,” Yang said during an appearance at the Crossroads of the World. “When I talk to New Yorkers, I get a very different message every single day.”

He added: “New Yorkers are concerned about rising rates of violent crime, petty crime, street homelessness. This is what we are seeing, and we need our city’s leaders to step up right now.”

The comments came after three bystanders were injured in a shooting in Times Square. The incident took place in broad daylight, with the youngest victim being only 4-years-old. All three are expected to fully recover.

“Nothing works in our city without public safety, and for public safety, we need the police,” Yang said. “My message to the NYPD is this: New York needs you. Your city needs you. We need you to do your jobs professionally, responsibly, and justly.”

Yang is currently leading in the Democratic mayoral primary, followed by former cop Eric Adams, who dismissed his opponent's comments about public safety.

“For Andrew Yang to stand here and all of a sudden realize this threat in our city, and why? Because of what he stated — ‘This happened blocks from my house.’ Well, you know what, Andrew? These shootings have been happening blocks from my house for years, and blocks from the houses of poorer New Yorkers for years,” Adams said on Sunday, according to the New York Post.

“It is time for us to recognize [gun violence] when it is in every square block of our city, and shame on you for not realizing that,” he said.