The Oscar Speech That Went Viral...For a Good Reason 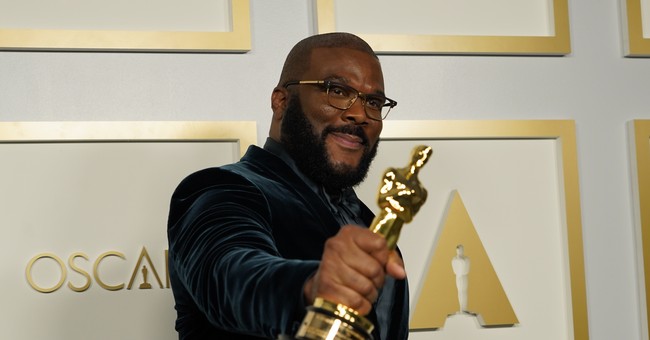 While some Hollywood celebrities used their acceptance speeches during the 93rd Academy Awards to disparage police, Tyler Perry’s went viral for a good reason.

Perry, who won the Jean Hersholt Humanitarian Award at the 93rd Academy Awards, used his time on stage to urge Americans to “refuse hate.”

Perry, who was once homeless, also shared a touching story about an encounter he had with a homeless woman outside a studio. His first reaction was to go offer her some money, but that's not what she wanted.

He said he reached into his pocket and she said, "Excuse me, sir, do you have any shoes?"

He said the comment stopped him in his tracks because he remembered being homeless, with shoes bent inward at the heels. He said he took her into the studio and they were surrounded by boxes and racks of clothes and he remembered the woman looking down at her feet. He said when she looked up, she had tears in her eyes.

"She said, ‘Thank you, Jesus, my feet are off the ground,’" he said. He said he related to the woman because his mother grew up in a "Jim Crow South" in rural Louisiana and as a young woman, she grieve the deaths of the Civil Rights boys and the girls who died in the Birmingham, Ala., church bombing.

He said it is his hope that parents teach their children what he learned as a boy and just refuse hate. (Fox News)

Perry went on to dedicate his award to those who want to “stand in the middle, no matter what’s around the walls.”