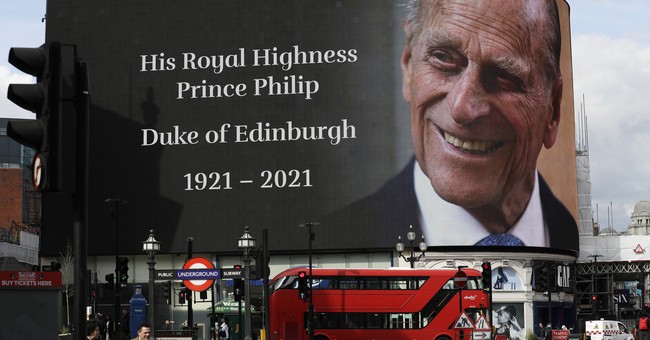 Prince Philip, husband to Queen Elizabeth II, has died at the age of 99.

"It is with deep sorrow that Her Majesty The Queen has announced the death of her beloved husband, His Royal Highness The Prince Philip, Duke of Edinburgh,” a statement from Buckingham Palace said. "His Royal Highness passed away peacefully this morning at Windsor Castle."

In 1947, Philip married Princess Elizabeth, renouncing his Greek royal title to become a British citizen. They had four children together.

“The Royal Family join with people around the world in mourning his loss,” the statement added.

It is with deep sorrow that Her Majesty The Queen has announced the death of her beloved husband, His Royal Highness The Prince Philip, Duke of Edinburgh.

His Royal Highness passed away peacefully this morning at Windsor Castle. pic.twitter.com/XOIDQqlFPn

Philip, whom the queen referred to as “my strength and stay,” was hospitalized in February after “feeling unwell,” and was treated for an infection and a preexisting heart condition, Buckingham Palace said. He was released a month later after undergoing a heart procedure.

Philip, who popularized the sobriquet “The Firm” for Windsor family business, ended his official duties in the fall of 2017. Months earlier, in June, he was hospitalized for an infection and missed the Queen’s Speech opening the newly elected Parliament that month.

In a report on his death, NBC also made sure its readers knew one more thing about the prince.

The intensely private prince will likely be remembered for his early efforts to help modernize the royal family’s image during a time of great change for Britain and the world, especially at the outset of Elizabeth’s reign in 1952. He also developed a reputation for the occasional brusque comment and crass, if not racist jokes.

But when Joe Biden referred to Obama as "the first mainstream African-American who is articulate and bright and clean and a nice-looking guy," or said you can't go into a 7/11 or Dunkin' Donuts "unless you have a slight Indian accent," the media gave him a pass.