Vaccine Passports in Florida? DeSantis Has the Perfect Response. 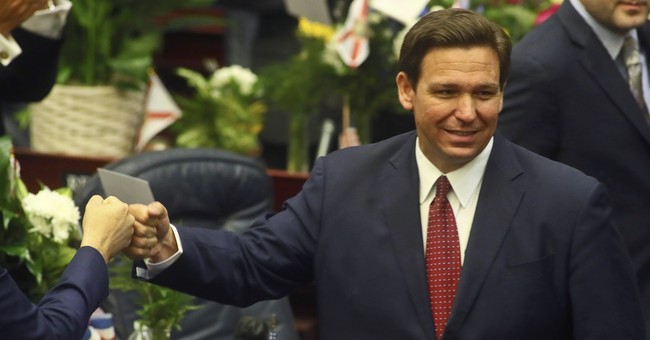 With New York already implementing a vaccine passport and the Biden administration working with the private sector on one, Florida Gov. Ron DeSantis is taking a different approach, as usual. Instead, the governor vowed Monday to take executive action to ban them in the Sunshine State and asked the Republican legislature to draft legislation forbidding them.

“We always said we wanted to provide it for all but mandate it for none,” DeSantis said at a press conference. “And that was something that, while it was advised to take particularly if you’re vulnerable, we were not going to force you to do it.”

“It’s completely unacceptable for either the government or the private sector to impose upon you the requirement that you show proof of vaccine to just simply participate in normal society,” he added. “You want to go to a movie theater, should you have to show that? No. You want to go to a game, [or] a theme park? No. So we’re not supportive of that.”

The governor spoke about people’s freedom to make their own health decisions and brought up privacy concerns he also has with vaccine passports.

“You’re going to do this and what, give all this information to some big corporation? You want the fox to guard the hen house? I mean give me a break,” the governor said. “I think this is something that has huge privacy implications. It is not necessary to do.”

.@GovRonDeSantis stands up to @JoeBiden over his administration's "vaccine passport" plan:

"We always said we want to provide it for all, but mandate it for none."