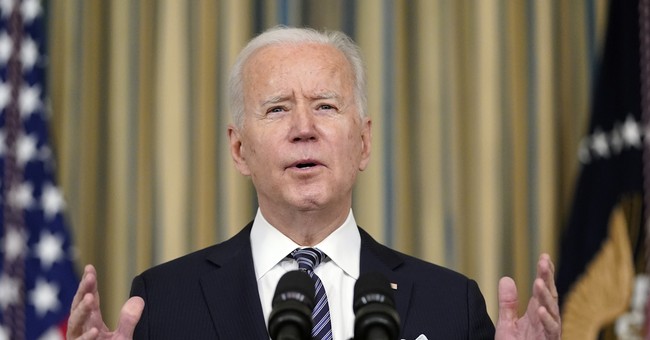 For those who thought Dr. Anthony Fauci was a clown and the expert class no better than medical fascists, this shouldn’t shock you. It’s not really tinfoil hat material when the plan starts to break through like sunlight through the clouds. The COVID vaccine is here. Over 100 million Americans have received at least one shot of the Pfizer or Moderna vaccine. After four weeks, it renders the subject virtually “bulletproof” based on an unpublished study on the Pfizer vaccine conducted by the Israelis. We’re going to return to normal. That’s one thing the COVID Nazis seem to grasp, so they’re looking to new systems to maintain government control. They’re just buying time. Hence, why ‘follow the science’ often looks like ‘live in fear’ regarding the current CDC protocols on COVID vaccination. The irony is that these medical experts are making a great case to not get the vaccine.

The line from the technocrats is “get the shot but keep wearing masks, stay inside, and remain living in fear.” What’s the point of getting the vaccine? Oh, and yes, keep peddling the new variants narrative. Despite the medical fascists, the vaccination rate is where it should be. This was a Trump initiative that the Biden administration decided to declare as their own. So, with folks saying that herd immunity and getting back to normal, or some resemblance of it, could happen this year—we have to endure the latest form of government control: the COVID passport.

Government lusts to control and destroy, and this idea embodies everything we fear about government. The civil liberties concern about the PATRIOT Act is Sesame Street compared to this unholy idea. It’s being mulled, and you will not be able to do anything without one. Want to add a cherry on top of this authoritarian sundae? Yeah, it’ll be tracking us too. What else is new (via WaPo) [emphasis mine]:

The Biden administration and private companies are working to develop a standard way of handling credentials — often referred to as “vaccine passports” — that would allow Americans to prove they have been vaccinated against the novel coronavirus as businesses try to reopen.

The effort has gained momentum amid President Biden’s pledge that the nation will start to regain normalcy this summer and with a growing number of companies — from cruise lines to sports teams — saying they will require proof of vaccination before opening their doors again.

The administration’s initiative has been driven largely by arms of the Department of Health and Human Services, including an office devoted to health information technology, said five officials who spoke on the condition of anonymity to discuss the effort.

“The busboy, the janitor, the waiter that works at a restaurant, wants to be surrounded by employees that are going back to work safely — and wants to have the patrons ideally be safe as well,” said Brian Anderson, a physician at Mitre, a nonprofit company that runs federally funded research centers, who is helping lead the initiative. “Creating an environment for those vulnerable populations to get back to work safely — and to know that the people coming back to their business are ‘safe,’ and vaccinated — would be a great scenario.”

Anderson’s team is aiming to release its free software standards in April, hoping developers will use them to help build digital vaccine records that allow people to show they have been inoculated. The Vaccination Credential Initiative includes the Mayo Clinic, Microsoft and more than 225 other organizations, many of which have pledged to use the code when administering shots.

Proof of vaccination “may be a critical driver for restoring baseline population health and promoting safe return to social, commercial, and leisure activities,” according to the March 2 slides prepared by the Office of the National Coordinator for Health Information Technology and obtained by The Post.

U.S. officials say they are grappling with an array of challenges, including data privacy and health-care equity. They want to make sure all Americans will be able to get credentials that prove they have been vaccinated, but also want to set up systems that are not easily hacked or passports that cannot be counterfeited, given that forgeries are already starting to appear.

One of the teams working on vaccine passports is the Vaccination Credential Initiative, a coalition endeavoring to standardize how data in vaccination records is tracked.

So, we need this COVID passport to…live freely in this country? No. But this is what happens when you give the government an inch, they park a massive surveillance truck in your driveway, whether that be at the recommendation of our national security apparatus, or some guy in a white lab coat. Besides the obvious creepiness of this idea, there are going to be forgeries. Fraud is going to happen. And it’s going to be hack-tastic. This is the 21stcentury. Everything is a target. And if there is one entity that will never fail in screwing up, it’s the federal government.

Want to travel to another state? May I see your COVID passport? This is some Soviet-style nonsense. It’s a de facto travel permit paper. Control. That’s what this all is at the end of the day.