Piers Morgan Is Now Being Investigated by Ofcom Over Markle Comments 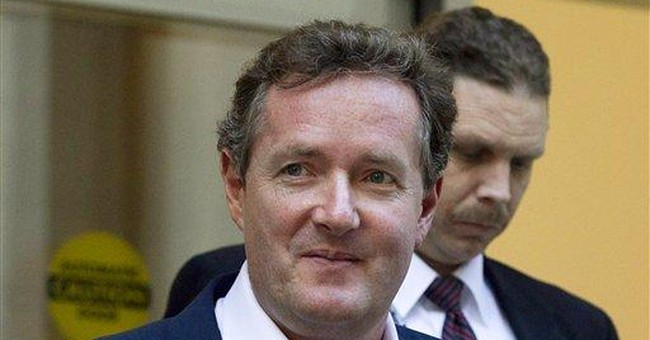 Piers Morgan resigned from ITV’s “Good Morning Britain” after widespread backlash over his criticism of Meghan Markle’s interview with Oprah.

UK media regulator Ofcom launched an investigation of Morgan after more than 41,000 people sent in complaints about the comments he made.

“We have launched an investigation into Monday’s episode of ‘Good Morning Britain’ under our harm and offence rules,” an Ofcom spokesperson told Variety.

Morgan had questioned Markle’s sincerity about her mental health problems.

The Duchess of Sussex told Oprah she talked to people in the Royal “institution” after having some suicidal thoughts but was not given help.

“Who did you go to? What did they say to you? I’m sorry, I don’t believe a word she said, Meghan Markle,” Morgan said on the show. “I wouldn’t believe it if she read me a weather report.”

The drama continued on Tuesday, when Morgan stormed off the set after getting criticized by the network’s weatherman, who was supportive of Markle.

He later came back to address his Monday comments.

“When we talked about this yesterday, I said, as an all encompassing thing, I don’t believe what Meghan Markle is saying generally in this interview and I still have serious concerns about the veracity of a lot of what she said. But let me just state for the record on my position on mental illness and on suicide,” he said. “These are clearly extremely serious things and should be taken extremely seriously and if someone is feeling that way they should get the treatment and the help they need every time. And if they belong to an institution like the Royal family and they go and seek that help they should absolutely be given it.”

“It’s not for me to question if she felt suicidal, I am not in her mind and that is for her to say,” he continued. “My real concern was a disbelief frankly… that she went to a senior member of the Royal household and told them she was suicidal and was told she could not have any help because it would be a bad look for the family. If that is true a) that person should be fired and b) the Royal family have serious questions that need to be answered.”

In a statement about Morgan's departure, ITV said Morgan "decided now is the time to leave Good Morning Britain." They "accepted" his resignation and declined to comment further.

Rep. Dan Crenshaw used the incident as a reminder to Americans about how unique our free speech rights are.

Too many Americans wrongly believe other western countries have the same freedoms and rights to free speech that we do.

Update: Morgan said in a tweet "Freedom of speech is a hill I’m happy to die on."