What Rush Limbaugh Discussed on His Final Radio Show 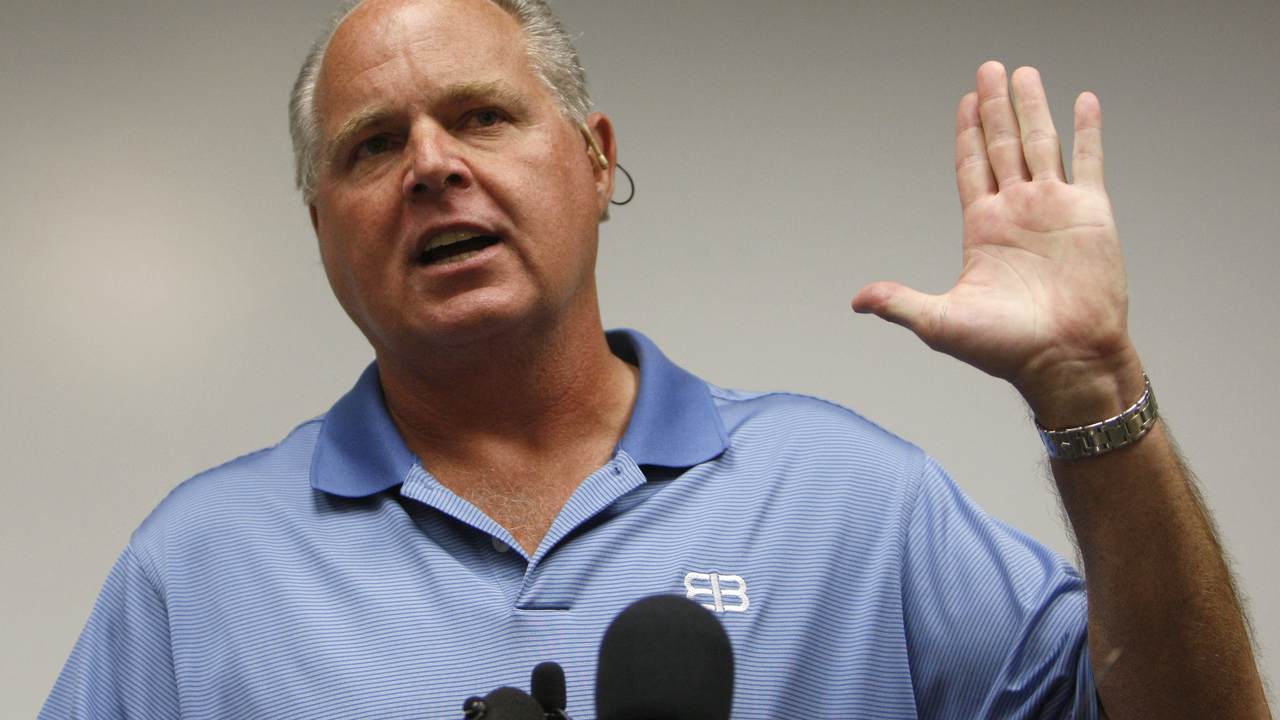 After Rush Limbaugh’s heartfelt message to his audience before the holiday season, longtime listeners feared it would be the last time they heard from him. He told them how he outlived his diagnosis many times over and was grateful to have been alive to hear his eulogies.

“My point in everything today that I’m sharing with you about this is to say thanks and to tell everybody involved how much I love you from the bottom of a sizable and growing and still-beating heart, and there’s room for much more,” he said at the time. “All because I have learned what love really is during this.”

Fortunately, that didn’t end up being his last show, and listeners got a chance to hear from the talk show legend until Feb. 2.

During his last program, Limbaugh reflected on his career path and addressed a number of current events, including AOC’s alleged trauma she revealed after the Jan. 6 Capitol riot; how many Keystone Pipeline workers voted for Biden, who swiftly ended their jobs; the politics behind the GameStop saga; Florida Gov. Ron DeSantis’s war on big tech, The Lincoln Project; and more.

He also discussed why the Left fears Donald Trump so much.

In the context of a Washington Post column titled, “Trump Wants a Library. He Must Never Have One,” the radio host said the Left is afraid of his popularity.

“They are abjectly, they’re deathly afraid that Trump is going to triumphantly return to public life — and I’m not saying, ‘triumphantly return to the presidency.’ But they’re not gonna be able to stop this. They’re not gonna be able to stop Trump from having a public life if he wants it, and when that happens — and they are waiting in abject fear for that. They don’t know how it’s gonna manifest,” he said.

The Left’s concern over the library is that it would likely become a huge tourist attraction and thereby a testimony to his popularity.

“Because that’s what they’re really trying to destroy, and they don’t know that all they’re doing is really cementing it,” Limbaugh added, noting they’re afraid of what he represents.

“He represents an uprising of the people of this country against Washington, against the establishment, and it had been building for a long time. It had been building since Perot in 1992," he continued. "Oh, yeah, it predated Trump. The Tea Party was part of this. Trump was just the first guy to come along and actually weaponize it, in a political sense."

The continued demonization of Trump and the second impeachment, which was never bound to result in a conviction, are all part of their efforts to destroy and smear him. Most importantly, however, it’s all done for the purpose of “sending messages to anybody that might be thinking of doing what Trump did. ‘Don’t try it! Don’t think that you can get away with it! We’ll treat you just like we’re treating Trump.’”

He closed his show that day thanking Mark Steyn, who was on standby in case he had to bow out at the last minute due to his health condition. “We’ll be back soon.”

Sadly, Limbaugh died Wednesday after a battle with lung cancer, his wife, Kathryn, announced on the show.

"For over 32 years Rush has cherished you, his loyal audience and always looked forward to every single show. It is with profound sadness, I must share with you directly our beloved Rush, my wonderful husband, passed away this morning, due to complications from lung cancer,” she said. “As so many of you know, losing a loved one is terribly difficult. Even more so when that loved one is larger than life."

She continued: "Rush will forever be the greatest of all time. Rush was an extraordinary man. A gentle giant. Brilliant. Quick witted. Genuinely kind. Extremely generous. Passionate. Courageous and the hardest working person I know. Despite being one of the most recognized, powerful people in the world, Rush never let the success change his core or beliefs. He was polite and respectful to everyone he met."