Why Kamala Harris Is Being Accused of Lying Over Kwanzaa Post 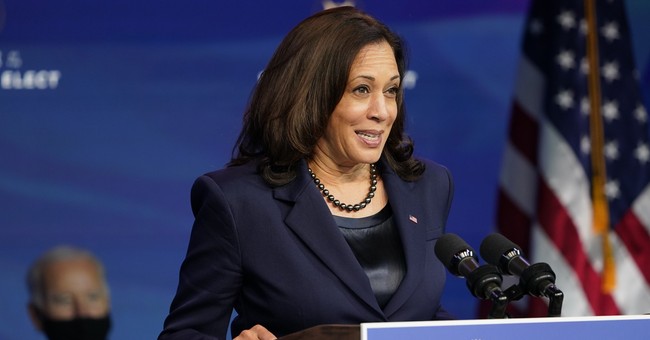 Vice president-elect Kamala Harris was accused of lying after posting a Kwanzaa message claiming that she and her family celebrated the holiday growing up, despite the fact that she was born two years before it was invented by a violent, deranged felon.

“You know, my sister and I, we grew up celebrating Kwanzaa,” she said in a video message. “Every year, our family would – and our extended family, we would gather around, across multiple generations, and we’d tell stories. The kids would sit on the carpet and the elders would sit in chairs, and we would light the candles, and of course, afterwards have a beautiful meal. And, of course, there was always the discussion of the seven principles. And my favorite, I have to tell you, was always the one about self-determination, kujichagulia.”

Harris continued: “And, you know, essentially it’s about be and do. Be the person you want to be, and do the things you want to do, and do the things that need to be done. It’s about not letting anyone write our future for us, but instead going out and writing it for ourselves. And that principle motivates me today, as we seek to confront the challenges facing our country and to build a brighter future for all Americans. So, to everyone who is celebrating, Happy Kwanzaa from our family to yours.”

That message raised eyebrows on Twitter, given that it was invented after she was born and that she is of Jamaican and Indian descent.

Somehow I find it hard to believe that she has a deep childhood attachment to a holiday that didn’t exist when she was born https://t.co/037S09KqxP

As some one who was born & raised in Africa I can tell there is no such thing as Kwanza.
Kamala knows nothing about it because she is an Indian Jamaican who grew up in Canada.

Did she really say “the elders” while discussing an observance that was created in 1966?

At least Tupac was alive (though he hadn't yet released an album) when Kamala pretended to listen to him in college. When Kamala was a baby, Kwanzaa didn't even exist! https://t.co/VABZl4qre7

This holiday didn’t exist when she was a kid.

Bet $100 that Kamala, & her Indian single mother, growing up in Montreal, had a better chance of celebrating Boxing Day. https://t.co/fVG5FJ7y9v

Kwanzaa was invented by a convicted felon in 1966 and took more than a decade to become known. Harris was born in 1924, two years before Kwanzaa even exited. https://t.co/5eNaLpJLXm

I would imagine that there would be pictures of these lovely, multi-generational Kwanzaa celebrations. There are pictures of many other moments in your youth. I’d love to learn how your Indian and Jamaican family celebrated in Montreal, Canada. Do tell. https://t.co/SZEq30vZMW

Others reminded her about the founder's past.

I thought you care about women.

Kwanzaa is but a crafty criminal defense created by a chauvinistic sadistic rapist and torturer who locked African women in his basement for heinous, despicable torture. https://t.co/x0srnXCSqI