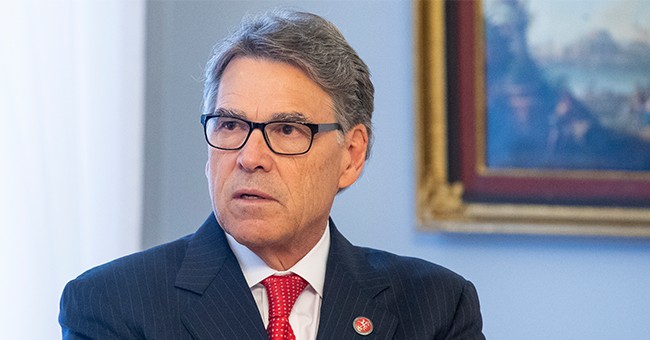 The nation is grappling with a virus that the White House coronavirus task force is warning could kill as many as 240,000 Americans. The economy has come to a grinding halt, and now, former Energy Secretary Rick Perry has another dire warning: the energy sector is on the verge of collapsing.

With Americans advised to slow the spread of the virus by staying home, and guidelines extending now to April 30th, car and air travel have plummeted, which means so too has the demand for oil.

"Our capacity is full and the Saudis are flooding this market with cheap oil," Perry told Fox News’s Tucker Carlson. "I'm telling you, we are on the verge of a massive collapse of an industry that we worked awfully hard over the course of the last three or four years to build up to the No. 1 oil and gas producing country in the world, giving Americans some affordable energy resources.

"It's a driver of a massive amount of our American economy,” he continued. “There are some big companies out there, [but] there are independents out there that are the real buffer and if we were to lose that, if we woke up a year from now and there were five big companies because all these independents are going out of business and if there's a company called Aramco and a company called Rosneft [and] ExxonMobil, Chevron [and] BP, if that's it then I would suggest that would make a lot of Americans really nervous.”

Carlson interrupted Perry to note that U.S. refiners are being flooded with foreign oil, wondering why we are allowing that to happen.

Perry then said what advice he would give the president for the next two to three months.

“I would say, refiners, we’re going to refine U.S. crude, U.S. crude only. That would give a buffer to the market, it would send the clear message that we’re just not gonna let foreign oil blow in here, bust our energy industry, and here’s the most important thing,” he said. “This is about our national security. This is about Americans’ ability to defend ourselves. If our independent operators…if we lost that, we’d go back to 1974, 1975…where we were beholden to countries that didn’t have our best interests in mind.”