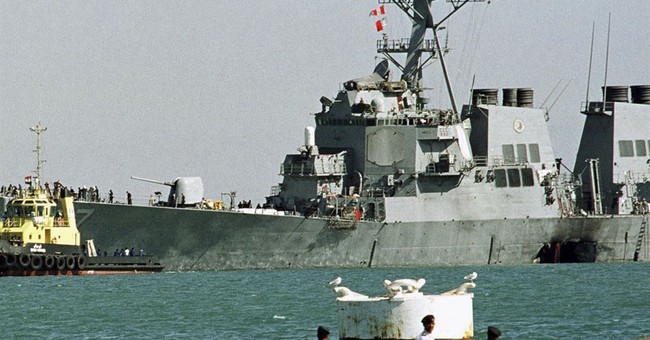 It’s been nearly 20 years since the attack on the USS Cole in Yemen, but the families of victims are finally seeing a bit of justice. Sudan’s transitional government reached a settlement deal last week in an effort to be removed from the U.S.’s terrorism list.

Al Qaeda claimed responsibility for the Oct. 12, 2000 attack, which killed 17 sailors and injured dozens of others when suicide bombers in a small boat detonated explosives while the U.S. destroyer was refueling in the port of Aden. Sudan continues to deny involvement, but the terrorists were trained in the country. A U.S. court ruled in 2014 that Sudan provided support to the terror group, leading to the attack.

Prime Minister Abdalla Hamdok said the deal was made "to meet the conditions set by the US administration to remove Sudan from the list of state sponsors of terrorism in order to normalize relations with the United States and the rest of the world."

Victims and the family members of those killed will be compensated.

The victims' families, along with the wounded sailors, had sued the Sudanese government in U.S. courts demanding compensations.

In 2012, a federal judge issued a judgment of nearly $315 million against Sudan but last March, the U.S. Supreme Court overturned that ruling on the grounds that Sudan had not been properly notified of the lawsuit.

Andrew C. Hall, a lawyer who represents survivors of the attack, said at the time that the victims, though disappointed with the ruling, would continue the case, along with a second related case filed by family members of the 17 sailors who died in the attack.

Thursday's announcement of the settlement from Khartoum comes two days after Sudan's provisional rulers said they had agreed to hand over autocrat al-Bashir to the International Criminal Court to face trial on charges of war crimes and genocide during the fighting in the western Darfur region. (The New York Times)

Sudan said the payout is meant to “settle the historical allegations of terrorism left by the former regime” of Omar al-Bashir, who was ousted in a military coup back in April.

Share this on Facebook
Tweet
The Marine Who Called for Afghanistan Accountability Has Been Thrown in Prison
Katie Pavlich
Majority Mistrust: Biden Credibility on the Wuhan Coronavirus Tanks
Spencer Brown
Are We Shocked That This Happened to Liz Cheney?
Matt Vespa