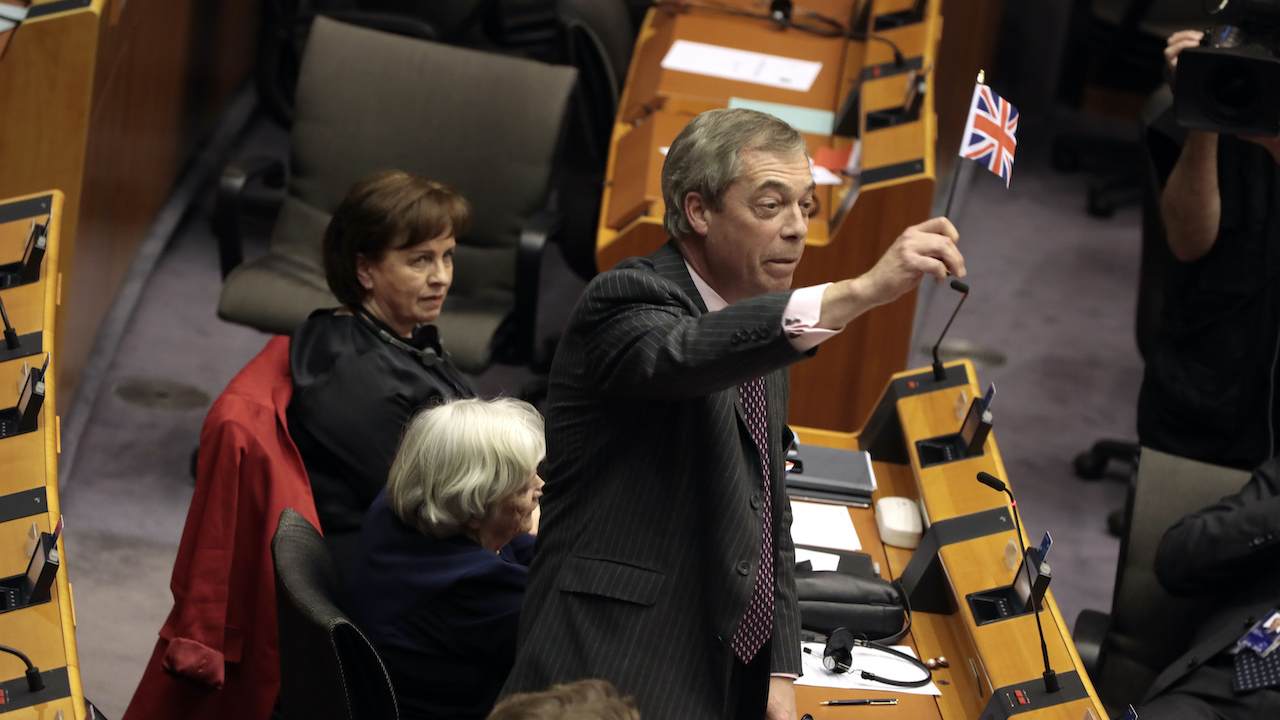 Brexit Party leader Nigel Farage has been waiting 27 years for the moment in his career when he’d be able to proverbially flip the European Union the bird and leave. That moment came during his final speech in the European Parliament on Wednesday, days before the divorce between the U.K. and E.U. finalizes.

A beaming Farage said the “final chapter, the end of the road” had come for the U.K. and the bloc after what he described as a “47-year political experiment that the British frankly have never been very happy with.”

Friday night "marks the point of no return," he added. "Once we've left we are never coming back and the rest, frankly, is detail."

Brexit’s realization is the culmination of his personal political ambitions, he explained.

“The book is about to close and we are going to leave in 48 hours and that is for me, in a way, the achievement of my lifetime political goal.

“I've been campaigning for this for 27 years, 20 of them in this Parliament, and sometimes as a human being if you want something so badly it's almost difficult to believe it's really happening.

“But it is happening and I think it's the right thing and I also think - I'm seeing the first signs of it today - it's going to lead to a lot of reflection across the Union.”

Farage blasted the E.U. Parliament for bullying members into voting the way it wants, forcing second votes if the preferred outcome was not achieved.

“The British are too big to bully, thank goodness,” he said. “We love Europe, we just hate the European Union. I am hoping this begins the end of this project.”

He said friendship, trade, and cooperation with Europe doesn’t require institutions like the European Commission or E.U. Court and the power that goes with them to unaccountable bureaucrats.

“There is a historic battle going on across the West…it is globalism against populism,” he said. “You may loathe populism but I will tell you a funny thing, it is becoming very popular,” he said to laughter. “And it has great benefits. No more financial contributions, no more European court of justice, no more common fisheries policy, no more being talked down to, no more being bullied, no more Guy Verhofstadt — what's not to like?"

“I know you are going to miss us. I know you want to ban our national flags, but we are going to wave you goodbye and we will look forward in the future to working with you—”

And that’s when anger seemed to boil over and Parliament Vice President Mairead McGuinness shut off his microphone.

A defiant Farage threw up his hands, suggesting he couldn’t care less.

“That’s it. It’s all over. Finished,” Farage said to applause.

“Please sit down. Resume your seats. And put your flags away, you’re leaving, and take them with you if you’re leaving now,” she said. “Goodbye.”

Whatever you think of Farage, this is a satisfying victory over soulless Eurocrat liberalism — and watch Nurse Ratched’s reaction at the end! https://t.co/Ly6Hu1sycR