Bolton in 2010: If I Had to Lie to 'Protect American National Security, I Would' 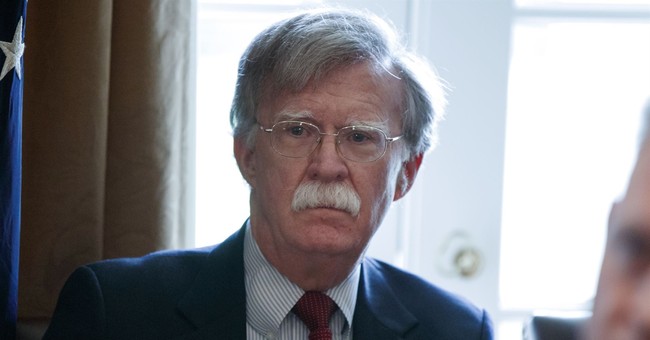 A deluge of old clips discrediting former national security adviser John Bolton are resurfacing—from Rep. Adam Schiff (D-CA) warning in 2005 that he lacks credibility to an August 2019 interview Bolton conducted regarding Ukraine policy, describing President Trump’s communications with President Zelensky as “cordial” and “warm” and discussing the administration’s priority of fighting “corruption” in the country, with no mention of any quid pro quo.

While the latter video prompted Trump to declare victory, there’s one more that further discredits Bolton.

During a 2010 interview with Judge Andrew Napolitano on Fox Business, Bolton admitted he’d be willing to lie to protect U.S. national security.

.@AmbJohnBolton in 2010: "If I had to say something I knew was false to protect American national security, I would do it" pic.twitter.com/Zs0UXcFthR

“I want to make a case for secrecy when it comes to the conduct of national security affairs and, if possible, for deception where that’s appropriate,” he told Napolitano. “You know Winston Churchill said during World War II that in wartime truth is so important it should be surrounded by a bodyguard of lies.”

Napolitano looked surprised and asked if he “really believe[s] that.”

“Absolutely,” Bolton replied, adding, “If I had to say something I knew was false to protect American national security, I would do it.”

Napolitano pushed back, “Why do people in the government think that the rules of society or the laws don’t apply to them?”

“Because they are not dealing in the civil society we live in under the Constitution,” he answered. “They are dealing in an anarchic environment internationally where different rules apply.”

Democrats renewed calls this week for Bolton to testify in the Senate impeachment trial after The New York Times reported that he claims in his forthcoming book Trump tied Ukraine aid to officials helping investigate the Bidens.

It's looking more and more, however, like Democrats will not be successful in calling new witnesses.