Biden Says Who He Ideally Would Like as His VP 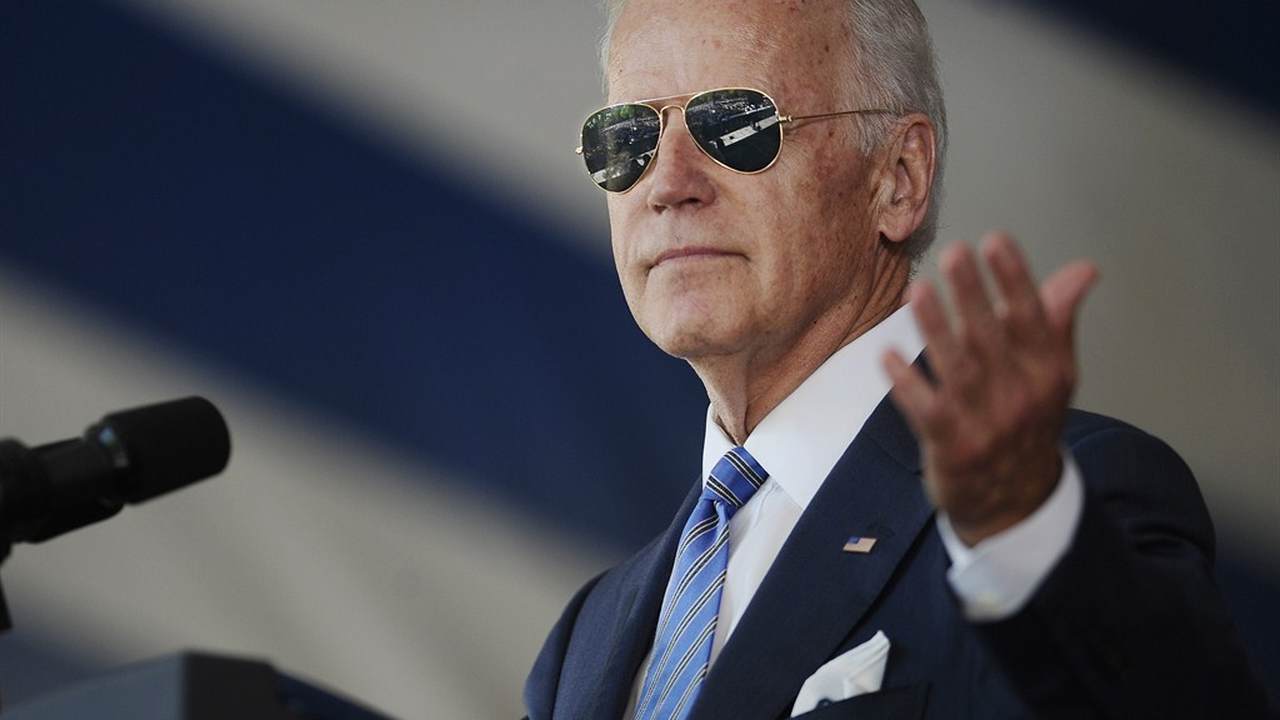 Democratic presidential candidate Joe Biden expressed his desire to have Michelle Obama as his running mate during a campaign stop in Iowa on Tuesday.

Biden made the comment when he was answering a question about who he would nominate as a Supreme Court justice.

“Would you consider appointing Obama to the Supreme Court?” Biden was asked.

“Yeah, I would, but I don’t think he’d do it. He’d be a great Supreme Court justice,” he responded.

The questioner then asked him, “which Obama”?

Laughing, Biden quipped: “I sure would like Michelle [Obama] to be the vice president. They’re both incredibly qualified people, and they’re such decent, honorable people.”

Man: "Would you consider appointing Obama for the Supreme Court?"

Joe Biden: "Yeah, I would, but I don’t think he’d do it. He'd be a great Supreme Court Justice."

Man: "Second question is – which Obama?"

Joe Biden: "I sure would like Michelle to be the Vice President." pic.twitter.com/w1lbl07jh6

The former vice president has made a similar remark before, joking with Stephen Colbert back in September that he would want her to have the role.

Biden indicated at the time, however, that he was “only joking.”

Michelle Obama was named the “most admired woman” in the U.S. for 2019, according to a Gallup poll. While her name on the ticket would certainly help Biden, Obama has repeatedly said she has no interest in politics.

That hasn’t stopped some pundits from believing otherwise, however.

Fox News’s Tucker Carlson made the case in November for why he believes Michelle Obama could become the Democratic nominee.

"Now, last week, the former first lady issued a statement saying that she has no interest in being president," Carlson said at the time. "That's what she claimed. But there are signs that that's not true."

Carlson pointed to former Obama adviser David Axelrod, whom he accused of running a “scorched earth” campaign against the former vice president.

"Axelrod has called him a liar, called him a coward, all but accused him of having dementia," Carlson said. "Now, would David Axelrod be doing all that without the consent of the Obamas? No. There's no chance."

The Fox News host then noted how Obama has not endorsed Biden, and beyond that, “he tried to stop Biden from running in the first place.”

He also said Obama’s presidential memoir was delayed to come out in the middle of the Democratic primaries.

“In other words, at exactly the moments when Democrats will be thinking deeply about how to beat Donald Trump, America will be talking about the Obamas. Coincidence? Maybe it is," Carlson said.

"Maybe it's also a coincidence that Michelle Obama just released another book last week, one that, of course, will require her to get on the road and talk to crowds," he continued. "Maybe she really isn't interested in joining the race, but that would make her unusual among Democrats in this country."

He said unexpected things happen in this country all the time, and Michelle Obama jumping in the race could be one of them.

"The Democratic Party is ripping itself apart over race and gender and class," he said. "Michelle Obama, let's be honest, is one of the only people who could unite the party's warring factions."