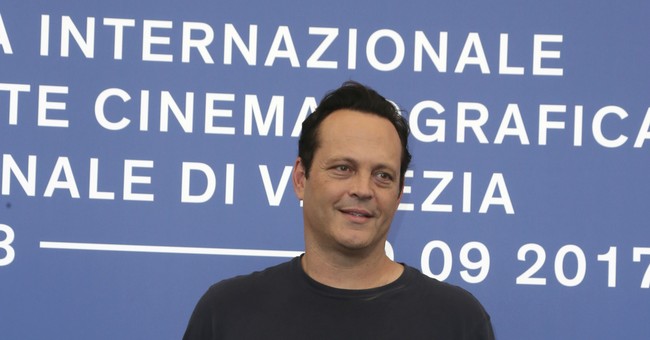 President Trump and first lady Melania Trump attended the College Football National Championship game on Monday where they were given an extremely warm welcome, with the crowd loudly cheering and breaking out in “USA” chants.

“This is America,” the GOP’s Rapid Response Director Steve Guest reminded on Twitter.

The crowd went absolutely wild for @realDonaldTrump
and @FLOTUS
at the College Football National Championship game as they walked onto the field.

Chants of "USA" broke out.

Leftists, however, were too preoccupied, it seems, with shaming those who appeared to have a friendly conversation with POTUS.

I'm very sorry to have to share this video with you. All of it, every part of it. pic.twitter.com/ELMbDHZbZq

You've successfully proven that Vince Vaughn is a Republican, that thing he has taken no effort to hide https://t.co/uvfthyZD6T

DM me dude, I have a GIANT scoop about Jon Voight

OMG the humanity! This is terrible! We must all now hate Vince Vaughn! You would have done great under Stalin. https://t.co/7HBoiW7Zbj

I, too, cannot bear to watch a video of two men speaking civilly.

I’m sorry for your loss.

Man, I just can't believe how bold some of these Hollywood people are becoming, first Ricky, and now Vince.

If this keeps up people might realize that they live in a free country, and it's ok to have different opinions than the ones shouted at you on TV.

The Left will be trying to cancel him before morning. pic.twitter.com/19uG0GhguN

OMG THEY TALKED ARE YOU OK https://t.co/Xs0TiEaMjS

As many pointed out already, Vaughn's political leanings have been no secret. He's been talking about what shapes his conservative ideology for years.

“I think that ... as you get older, you just get less trust in the government running anything. And that you start to realize when you really go back and look at the Constitution and the principles of liberty, the real purpose of government is to protect the individual’s right to sort of think and pursue what they have interest in," he told Adam Carolla in a 2013 interview. "And that when you start drawing the lines, saying, as a society, we think this is inappropriate, we’re going to pass laws to protect them from themselves and or take things away to protect themselves or move money from here to there, that you realize that you wake up with corruption and without the unintended consequences you’ll wake up with a lot of problems that didn’t exist prior.”