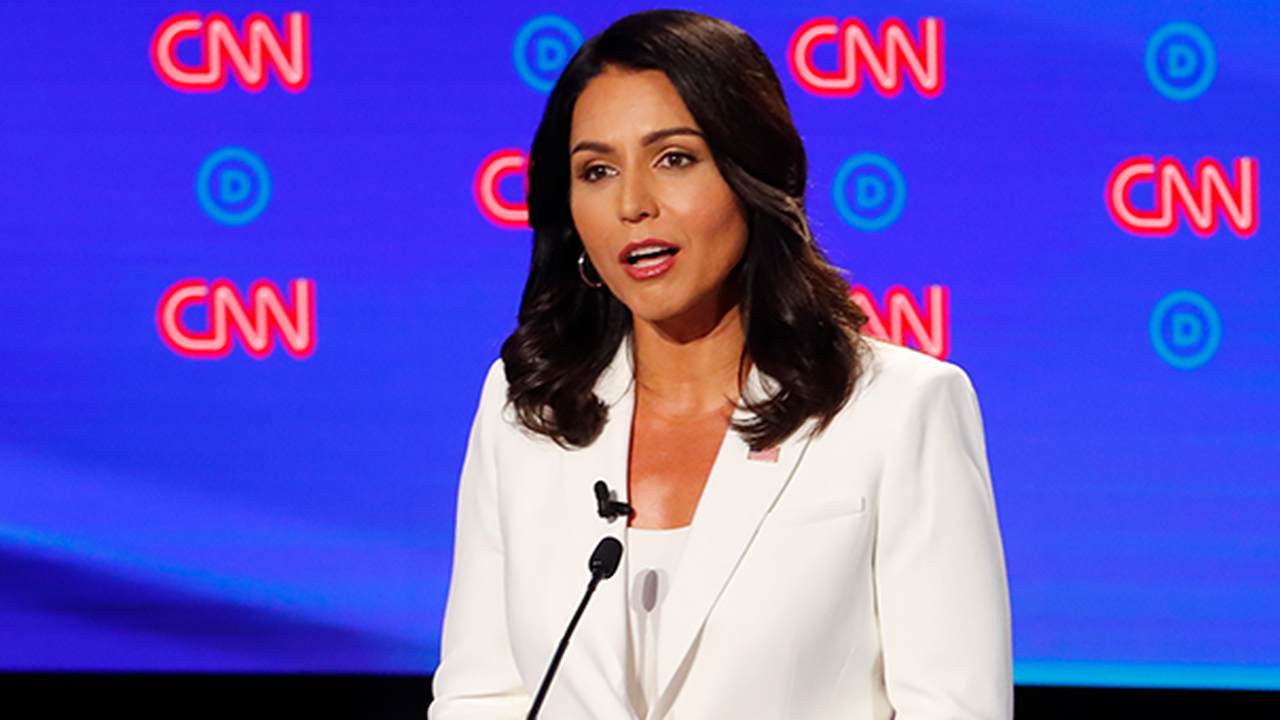 Democratic presidential candidate Rep. Tulsi Gabbard said in a video tweeted out Monday evening that she believes the House impeachment of President Trump will not only increase his chances of winning re-election, but has also made the prospect of Republicans taking back the lower chamber more likely.

"Unfortunately, the House impeachment of the president has greatly increased the likelihood Trump will remain the president for the next five years," Gabbard says in the video. “We all know that Trump is not going to be found guilty by the U.S. Senate. It’s not going to happen.”

She continued: “Furthermore, the House impeachment has increased the likelihood that Republicans will take over the House of Representatives."

In 2020, we will have a new president in the White House. How many of you do NOT want that to be Donald Trump? I certainly don't. Unfortunately, the House impeachment of the president has greatly increased the likelihood Trump will remain the president for the next 5 years … pic.twitter.com/FRRlbWHyo7

The Hawaii representative made a similar argument in recent days, telling ABC she believes impeachment efforts "will only further embolden Donald Trump, increase his support and the likelihood that he'll have a better shot at getting elected while also seeing the likelihood that the House will lose a lot of seats to Republicans."

Gabbard was the only Democrat to vote “present” on the articles of impeachment.

“I have always put our country first,” she wrote after the vote. “One may not always agree with my decision, but everyone should know that I will always do what I believe to be right for the country that I love.”

She continued: “After doing my due diligence in reviewing the 658-page impeachment report, I came to the conclusion that I could not in good conscience vote either yes or no.”