Why Two Dem Senators Have Been Banned From the Philippines 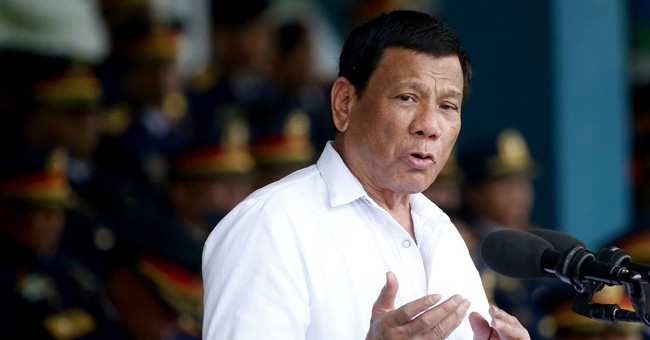 Democratic Sens. Patrick Leahy and Dick Durbin have been banned from visiting the Philippines over a measure that aims to punish Philippine officials involved in the jailing of a government critic.

"The Philippines is immediately ordering the Bureau of Immigration to deny US Senators Dick Durbin and Patrick Leahy — the imperious, uninformed, and gullible American legislators who introduced the subject provisions into the 2020 budget — entry to the Philippines," Salvador Panelo, a spokesman for President Rodrigo Duterte, said during a news conference Friday. "We will not sit idly if they continue to interfere with our process as a sovereign state."

The provision protested by the Philippine government was included in the spending package passed by Congress last week. It denies entry to the U.S. to those involved in the incarceration of Philippine Senator Leila de Lima, according to Reuters.

De Lima, an ardent critic of Duterte's anti-drug campaign, was arrested in 2017 and led an investigation into mass killings that took place during the Philippine president's drug war. (CBS)

Panelo characterized de Lima’s detainment as “not one of persecution but of prosecution.”

If the U.S. enforces the restrictions, the Philippines will also require U.S. citizens to obtain a visa prior to entering the country. Currently, American citizens can enter the Philippines without a visa for trips that are under 30 days.

According to David Carle, a spokesman for Leahy, the senator did not have any plans to travel to the Philippines.

"This is about the right of Filipino citizens — and people everywhere — to freely express their opinions, including opinions that may be critical of government policies that involve the use of excessive force and the denial of due process," Carle said, reports CBS.