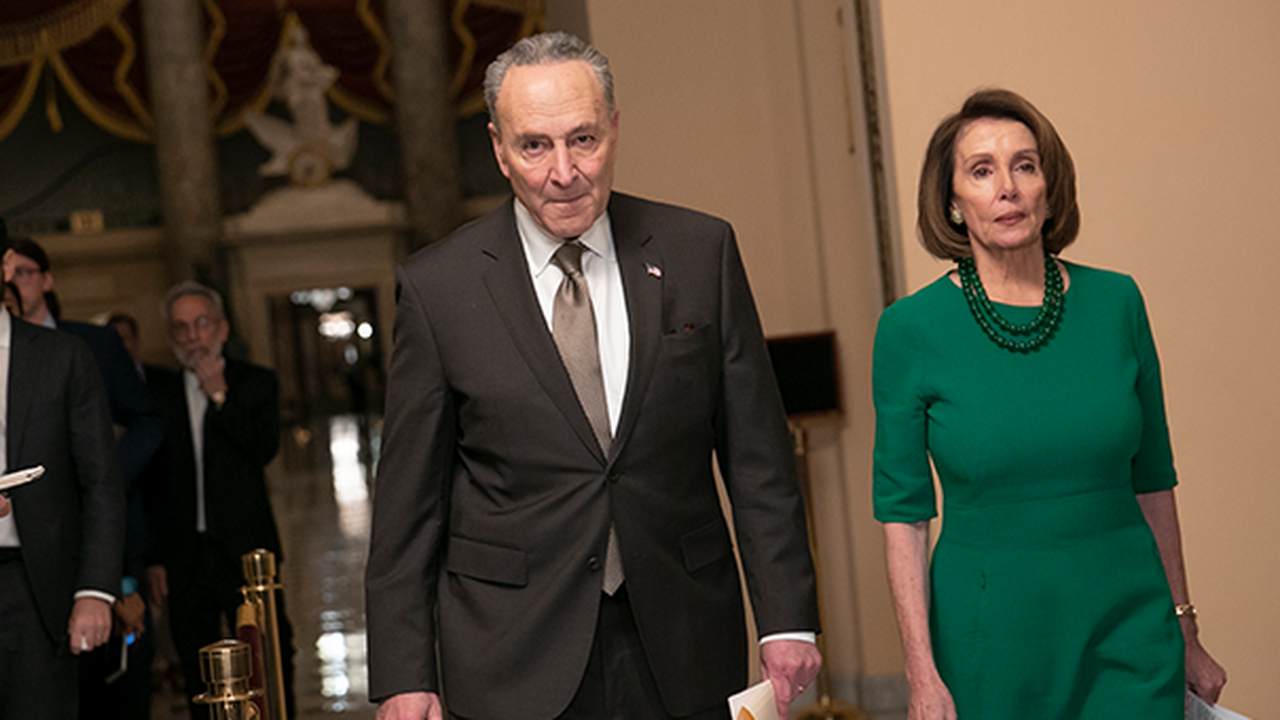 Speaking with reporters, Pelosi initially had no reaction to Trump’s letter other than to say “it’s ridiculous.”

The speaker then explained she had not had a chance to read the entire six pages, in which Trump accuses her of “declaring open war on American Democracy.”

Pelosi's first reaction to Trump's letter. "I don't have a reaction. It's ridiculous," she told me. I asked her why no reaction: "I mean, I haven't full read it. We've been working. I've seen the essence of it. It's really sick." pic.twitter.com/pPhvsb0axh

“Well, he’s obviously under a great deal of duress, but if he thinks he can bully Nancy Pelosi into backing off, he’s with the wrong customer,” Schumer told CNN. “The amazing thing about President Trump as president and before — the very things he does, he accuses others of doing. Bully? This is the most bullying president we have ever had.”

Schumer said the charges against Trump are "serious" and the upper chamber wants to keep a "serious process."

Trump is "obviously under a great deal of duress," says Democratic Minority Leader @SenSchumer of the President's letter to House Speaker Nancy Pelosi.

"But if he thinks he can bully Nancy Pelosi into backing off, he's with the wrong customer," he adds. https://t.co/9bxyTNVCa1 pic.twitter.com/FcNIFWQ7iQ

In his letter, President Trump claimed Democrats' conduct during the impeachment proceedings "threatens to destroy that which our Founders pledged their very lives to build.”

"More due process was afforded to those accused in the Salem Witch Trials," he wrote. "This is nothing more than an illegal, partisan attempted coup that will, based on recent sentiment, badly fail at the voting booth. You are not just after me, as President, you are after the entire Republican Party. But because of this colossal injustice, our party is more united than it has ever been before. History will judge you harshly as you proceed with this impeachment charade. Your legacy will be that of turning the House of Representatives from a revered legislative body into a Star Chamber of partisan persecution."