Rep. Mike Johnson Analyzes Articles of Impeachment Line by Line—Here's What He Found 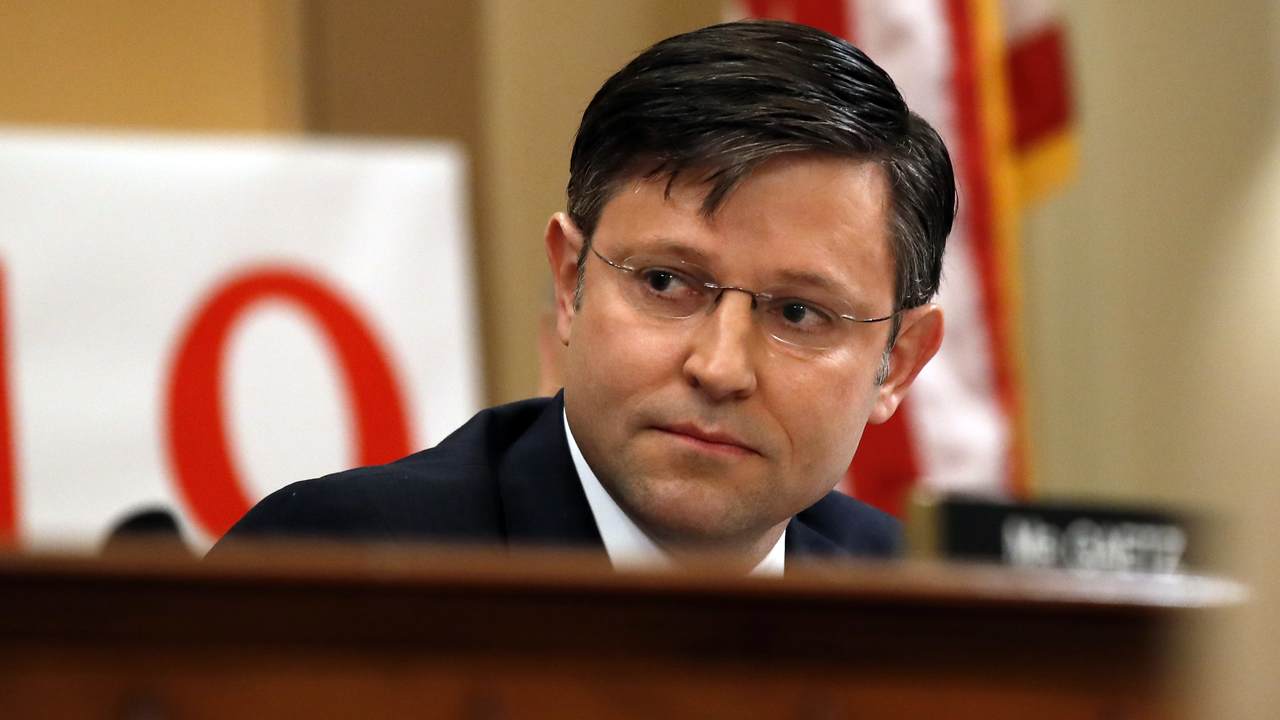 As a contentious markup session in the House Judiciary Committee over the articles of impeachment kicked off Thursday, Rep. Mike Johnson issued a line-by-line analysis of why “this impeachment is a sham.”

“The founders of this country warned against a single party impeachment because they feared it would bitterly, and perhaps irreparably, divide our nation,” he said. “Our radical liberal colleagues …. have desperately created a fraudulent, unprecedented process to pursue that goal, and now they are pulling the trigger on what was described by the Minority’s expert witness in our House Judiciary Committee as ‘the shortest proceeding, with the thinnest evidentiary record, and the narrowest grounds ever used to impeach a president.’”

Then, Johnson proceeded to issue a series of tweeted documents explaining why.

Using the articles of impeachment, Johnson added yellow text boxes breaking down where he believes Democrats have gone wrong.

He starts off by noting that impeaching presidents has been very rare in our nation’s history and when it has been done, there were clear criminal acts committed. “That is NOT the case here,” he said.

This #impeachment is a sham. Here's why: pic.twitter.com/pGScT0iAVS

Johnson reminds that Democrats have been trying to impeach the president since he took office—well before the infamous July 25 call with Ukrainian President Zelensky.

Democrats know there is ZERO direct evidence in the record of these proceedings to show that @realDonaldTrump engaged in any “scheme” of any kind, or that he intended in his dealings with Ukraine to “influence the 2020 United States Presidential election to his advantage.” 2/ pic.twitter.com/2ZGv8bGCgE

Because Democrats have found no evidence of a real crime, they have made them up to appease their base, defaulting to “two amorphous articles: ‘abuse of power’ and ‘obstruction of Congress.’”

Once again, Democrats include bold allegations that are completely unsupported by the evidentiary record. 3/ pic.twitter.com/1Kk6Wq6Z4T

Indeed, there are four facts that destroy the Democrats’ case, he argues: “1. Both presidents say there was no pressure exerted 2.The call transcript shows no conditionality between aid & an investigation 3. Ukraine wasn't aware that aid was delayed 4. Ukraine got the aid & meeting Trump."

1? Both presidents say there was no pressure exerted
2?The call transcript shows no conditionality between aid & an investigation
3?Ukraine wasn't aware that aid was delayed
4?Ukraine got the aid & meeting Trump 4/ pic.twitter.com/a8nZWZKQbU

THERE IS NO EVIDENCE OF ANY IMPEACHABLE OFFENSE HERE.

Neither of those allegations is true or supported by a scintilla of evidence in the record. 5/#impeachmentDebate pic.twitter.com/8bRGBT8AjK

He goes on to say that Democrats know Trump has “lawful cause” to push back on their subpoenas in this case. They should have instead sought judicial review—not impeachment—to determine “whether the direct communications between high-ranking advisors and a president under these circumstances are privileged or must be disclosed.”

Democrats know @realDonaldTrump has “lawful
cause” to challenge their subpoenas in this matter. So why are they trying to impeach instead of simply seeking judicial review?

Because they promised their base they would deliver an impeachment by Christmas!!! ???? 5/ pic.twitter.com/TB4ZA7mUOj

President Trump has cooperated with Congress, Johnson said, noting the number of White House officials who’ve testified before the House Oversight Committee this year, as well as providing more than 100,000 pages of documents to the committee at the outset of the impeachment inquiry.

.@realDonaldTrump has consistently cooperated with Congress in fulfilling its oversight and investigation responsibilities.

Democrats argued that “no president has ever ordered the complete defiance of an impeachment inquiry or sought to obstruct and impede so comprehensively the ability of the House of Representatives to investigate ‘high Crimes and Misdemeanors,’ but Johnson called that charge “absurd.”

“The truth is,” he said, “in the history of the Republic, there has never been a single party, fraudulent impeachment process deployed against a president like the one being used against Donald Trump.”

Democrats are the ones here seeking to nullify our vital constitutional safeguards with this sham. Their ultimate objective is to nullify the votes of the 63 MILLION
Americans who voted to elect @realDonaldTrump the President. 8/#impeachmentDebate pic.twitter.com/2thpGsRuGH

In conclusion, Johnson said the “REAL abuse of power here is on the part of the House Democrats.” They have gone much faster than the impeachment process against Bill Clinton and in doing so, “have steamrolled over constitutionally-guaranteed due process, House Rules and the Federal Rules of Civil Procedure.”

The REAL abuse of power here is on the part of the House Democrats, as they have recklessly pursued this
impeachment—20 times faster than the impeachment investigation of Bill Clinton—to reach their
predetermined political outcome. 9/#impeachmentDebate pic.twitter.com/puGMVIgRDU

Along the way, House Democrats have steamrolled over constitutionally-guaranteed due process, House Rules and the Federal Rules of Civil Procedure. 10/#impeachmentDebate

While the impeachment of Trump will not succeed, and Johnson speculates Democrats will pay a price come Election Day, the sham process Democrats have engaged in "will do irreparable damage to our country in the years ahead."

Read the Nate Silver Tweet That Caused COVID Panic Peddlers to Have a Total Meltdown
Townhall
'...seems like quite a stretch': Nate Silver breaks down the CDC data from Provincetown, MA that's being used to justify the new mask guidance
Twitchy
A Great Wailing Commences After Tucker Carlson States Some Uncomfortable Truths About Kamala Harris
Redstate
[WATCH] Gov. DeSantis Tells the Feds Where to Stick Their School Mask Mandates
PJ Media