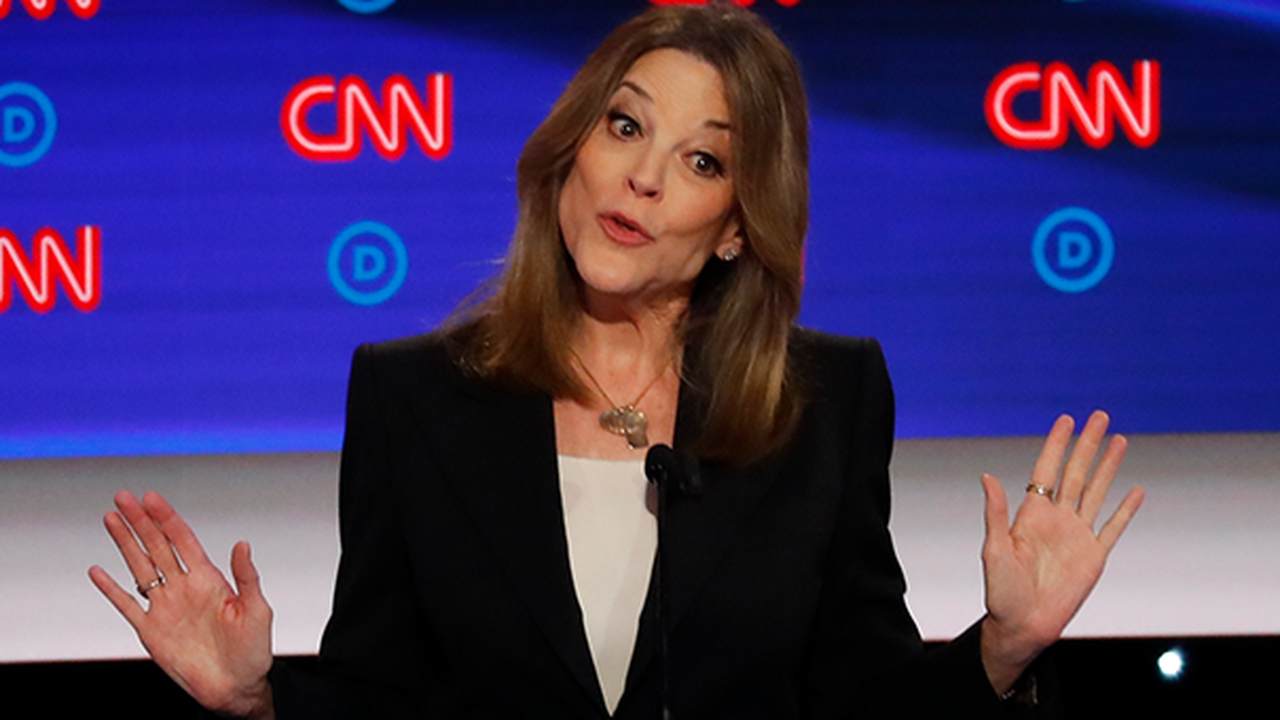 “There is something deeply sinister about Trump pardoning Charles Manson, even posthumously,” she tweeted at nearly 1 a.m. on Monday. “Dog whistles of the very worst possible kind.”

This, of course, didn’t happen, and Twitter users were quick to inform her she was wrong.

“This never happened,” Yashar Ali informed her. “Williamson just tweeted this. This is a woman who gets furious when she’s told that she’s unserious and not prepared to run.”

This is a woman who gets furious when she’s told that she’s unserious and not prepared to run. pic.twitter.com/3uC8Nqfidj

“This never happened, you nut,” another user responded.

After realizing her mistake, she followed up by tweeting she was “Glad To have been wrong,” but then she deleted both tweets.

It’s unclear why she apparently believed Trump had pardoned Manson, whose followers tortured and stabbed to death seven victims, including the actress Sharon Tate, in a late ’60s rampage. But some online noted that the liberal blog Daily Kos recently republished a satirical article from another site headlined “Trump Pardons Charles Manson." (WaPo)

In the satirical piece, the president is quoted as saying “I always thought Charlie got a bum rap. He never killed anyone. It was his followers who committed the crimes.” At the end of the story is a warning that it could be "'fake' nooze." Apparently she didn't read that far.

Manson died in 2017 while serving a life sentence. He and three of his followers were convicted of murder and conspiracy to commit murder in 1971 for the 1969 killings of seven people, including actress Sharon Tate.