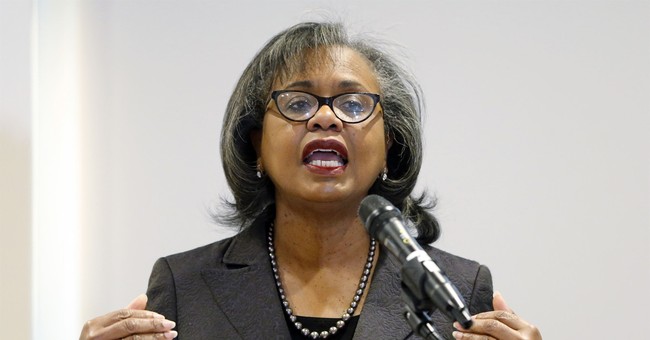 Anita Hill said she is going to hold former Vice President Joe Biden accountable to ensure he learned from past mistakes in handling her allegations of sexual misconduct against Supreme Court Justice Clarence Thomas.

"Have I forgiven Joe Biden? I'm ready to move on, but I am also ready to hold Joe Biden accountable. Accountability means acknowledging your role in a problem and the harm it's caused. Acknowledging that you have culpability," Hill told Christiane Amanpour at CNN’s “CITIZEN” event in New York on Thursday. "Giving me clear information that you have made a change and that you are going to do something to make us all better off around gender discrimination."

Anita Hill: "Have I forgiven Joe Biden? I'm ready to move on, but I am also ready to hold Joe Biden accountable." https://t.co/YLUDcZdjBN pic.twitter.com/MasQXRLFGV

Biden led Thomas’s confirmation hearing nearly 30 years ago, where Hill testified that he sexually harassed her.

In 2018, Biden admitted he owed Hill an apology over how she was treated.

During the interview with ABC News, he said he “apologized for it.”

“I apologize again because, look, here's the deal,” he said. “She just did not get treated fair across the board. The system did not work.”

Hill dismissed the conversation as an apology and told The New York Times she believes Biden does not understand the damage he did to her and other victims of sexual harassment.