Trump on Decision to Pull Troops Out of Northern Syria: 'It's Time for Us to Get Out of Ridiculous Endless Wars' 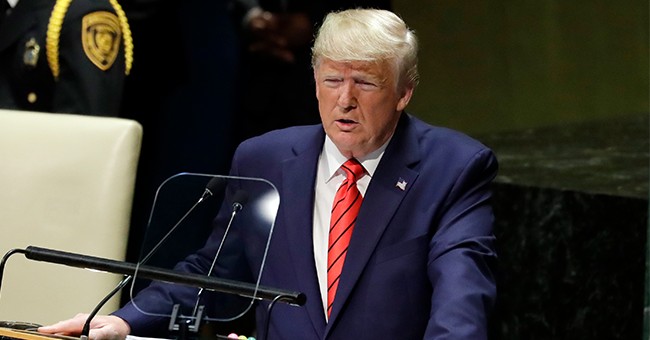 President Trump weighed in on his administration’s decision to begin pulling U.S. troops out of northern Syria ahead of a Turkish military operation in the region, saying it was time for Americans to “get out of these ridiculous Endless Wars.”

The United States was supposed to be in Syria for 30 days, that was many years ago. We stayed and got deeper and deeper into battle with no aim in sight. When I arrived in Washington, ISIS was running rampant in the area. We quickly defeated 100% of the ISIS Caliphate,.....

....including capturing thousands of ISIS fighters, mostly from Europe. But Europe did not want them back, they said you keep them USA! I said “NO, we did you a great favor and now you want us to hold them in U.S. prisons at tremendous cost. They are yours for trials.” They.....

.....again said “NO,” thinking, as usual, that the U.S. is always the “sucker,” on NATO, on Trade, on everything. The Kurds fought with us, but were paid massive amounts of money and equipment to do so. They have been fighting Turkey for decades. I held off this fight for....

....almost 3 years, but it is time for us to get out of these ridiculous Endless Wars, many of them tribal, and bring our soldiers home. WE WILL FIGHT WHERE IT IS TO OUR BENEFIT, AND ONLY FIGHT TO WIN. Turkey, Europe, Syria, Iran, Iraq, Russia and the Kurds will now have to.....

...figure the situation out, and what they want to do with the captured ISIS fighters in their “neighborhood.” They all hate ISIS, have been enemies for years. We are 7000 miles away and will crush ISIS again if they come anywhere near us!

The White House said Sunday that U.S. troops will no longer be in the area.

"Turkey will soon be moving forward with its long-planned operation into Northern Syria. The United States Armed Forces will not support or be involved in the operation, and United States forces, having defeated the ISIS territorial 'Caliphate,' will no longer be in the immediate area," White House press secretary Stephanie Grisham said in a statement, adding that "Turkey will now be responsible for all ISIS fighters in the area captured over the past two years in the wake of the defeat of the territorial 'Caliphate' by the United States."

Kurdish-led forces denounced the move as a "stab in the back," reports Reuters.