How the Energy Department Responded to Report About Perry's Expected Departure 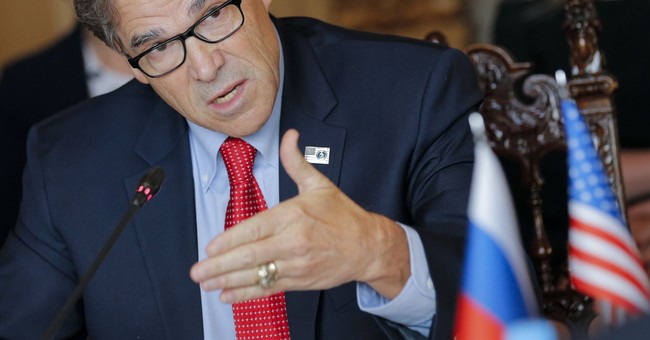 A spokesperson for the Energy Department issued a statement responding to a Politico report that said Energy Secretary Rick Perry plans to resign next month, citing three unnamed sources with knowledge of the former Texas governor’s plans.

“While the beltway media has breathlessly reported on rumors of Secretary Perry's departure for months, he is still the Secretary of Energy and a proud member of President Trump’s Cabinet,” spokeswoman Shaylyn Haynes said in a statement. “One day the media will be right. Today is not that day.”

Perry’s travels to Ukraine have drawn him into Democrats’ focus in the impeachment inquiry, with Sen. Bob Menendez writing him a letter this week requesting information on his travels there, including a trip he led in May for Ukrainian President Volodymyr Zelensky's inauguration.

"Given your role as the leader of the official United States delegation to the inauguration, and the White House’s recent release of evidence that President Trump requested that Ukraine’s government investigate his domestic political opponent, your insight into the U.S. delegation’s trip is of particular interest to the Senate Foreign Relations Committee," Menendez wrote.

Politico’s sources said Perry’s decision had nothing to do with Ukraine, and had been in the works for months.

Deputy Energy Secretary Dan Brouillette, who has reportedly been sitting in for Perry at Cabinet meetings lately, is expected to replace him, according to Politico.