Thomas Homan Puts Dem Lawmaker In Her Place in Fiery Exchange: 'You Work For Me!' 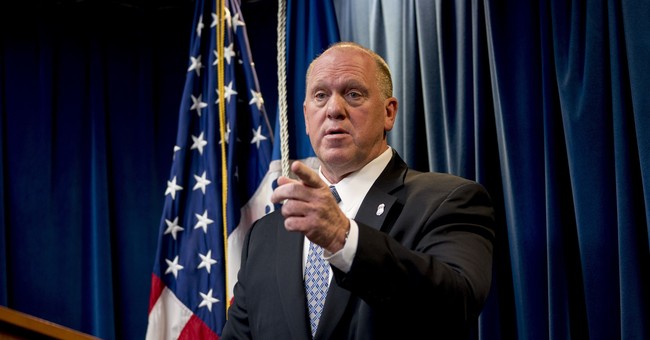 During a House Subcommittee on Immigration and Citizenship hearing on “The Expansion and Troubling Use of ICE Detention,” Homan and Jayapal, the vice chairwoman, got into a shouting match, which started after she brought up reallocating funds to go towards more detention beds.

"I didn't like it under the Obama administration either," she replied.

At another point, Homan explained why there's such a crisis at the border, placing the blame on Democrats in Congress.

Jayapal interrupted to cut him off because his time was up, but he continued nonetheless.

"I've asked you politely to let me go beyond my time, and you let other people go beyond their time, but not to Tom Homan!" he fired back.

Jayapal slammed her gavel down to quiet a frustrated Homan, who exclaimed, "This is a circus."

The situation escalated from there, with Jayapal demanding that he "respect the chair's authority."

When he started to respond, she once again began banging her gavel.