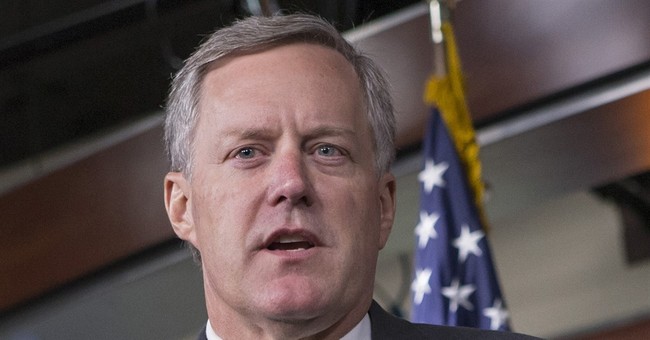 "Obviously, today was a bad day for James Comey," Meadows, chairman of House Freedom Caucus, told Fox News’ Sean Hannity, adding that it was unbelievable that Comey would look for apologies after the report’s release.

The report found Comey improperly released FBI material to begin the special counsel investigation into the 2016 election and set a “dangerous precedent” for the thousands of FBI employees in his attempt to “achieve a personally desired outcome.”

Meadows said the example Comey set helps explain why Peter Strzok and Andrew McCabe thought there was nothing wrong with their behavior.

"Here we are today, with not only the director of the FBI willfully and deliberately breaking protocol, we now understand why Peter Strzok and Andrew McCabe thought what they were doing was OK," Meadows said.

"The John Durham report coming out will be more damning than this -- and this was not a good day for the former FBI director."

He also weighed in on Twitter about the report, pointing out what he considered were some of the more serious findings from the IG:

Regarding the IG report, what's perhaps most rich:

What's most striking about this IG report on James Comey: his actions weren't the result of carelessness or an oversight of rules. This was deliberate and intentional.

He broke FBI protocol, knowing what he was doing. And it seems he did so for the purpose of targeting Trump.

Remember the 1/6/17 dossier briefing Comey, Brennan, and Clapper gave Trump? Comey has said it was a defensive briefing, simply to give Trump a heads up.

The IG report contradicts this.

It says the FBI wanted to use the meeting to get "information of value" for Russia probe.

This is a potentially huge revelation. It was never a defensive briefing—it was a setup.