Avenatti Gets Hit With Dozens of New Charges 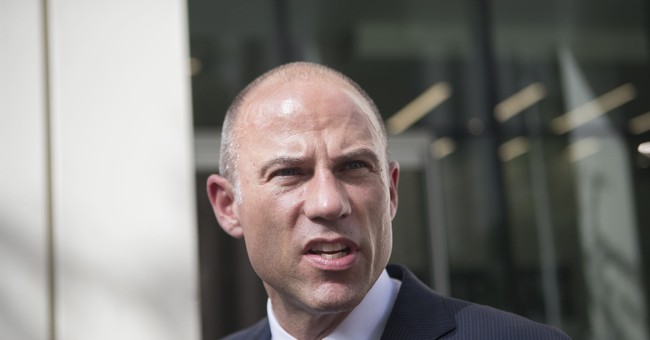 In the latest indictments, Avenatti is alleged to have stolen millions from his clients, including one mentally ill paraplegic man who won a $4 million settlement from Los Angeles County. The lawyer hid the money from the client for years, the indictment says.

In 2017, Avenatti received $2.75 million in proceeds from another client’s legal settlement, but concealed that too, the indictment says. The next day, he put $2.5 million of that money into the purchase of a private jet for Passport 420, LLC, a company he effectively owned, according to prosecutors.

At the time, Avenatti and his businesses owed millions of dollars in back taxes, the government claimed, and his Newport Beach law firm, Eagan Avenatti, was weeks from bankruptcy.

Federal agents seized the Honda HA-420 jet at Santa Barbara Airport on Wednesday under a court-approved warrant that remains under seal, said Thom Mrozek, a spokesman for the U.S. attorney’s office in Los Angeles. (LA Times)

“Michael Avenatti allegedly stole from his clients, and he stole from the IRS,” said Ryan L. Korner, the chief of Internal Revenue Service criminal investigations in Los Angeles. “The money was used to fuel a lavish lifestyle that had no limits, including making mortgage payments on a multimillion-dollar home in Laguna Beach and purchasing a private plane.”

Fox News’s legal analyst Gregg Jarrett said Avenatti ought to “get used to a jumpsuit.”

“I've read through the 61 page, 36 indictment. If the feds can prove just a fraction of this then Avenatti better throw away the Armani suit and get used to a jumpsuit because the feds say he was essentially the Bernie Madoff of lawyers running a Ponzi scheme stealing from one client to pay another to pay his predators,” Jarrett said on “Hannity.” “The lavish lifestyle and the jet that he had and then the pyramid eventually just came crashing around him. And the behavior in his victims, this is just unconscionable for a lawyer. And it's also, If proven, criminal.”

If convicted on all counts, he could be given a maximum sentence of 335 years in prison.

The attorney said on Twitter he is entitled to the "presumption of innocence" and is "confident that justice will be done once ALL of the facts are known."

He also issued a statement about allegations that he mishandled money due to clients, calling it "bogus nonsense."