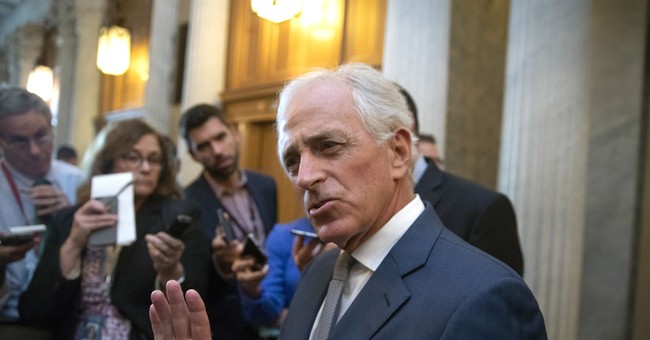 The first was on a measure that ends U.S. involvement in the Saudi-led Yemen war. By a vote of 56-41, the resolution “directs the president to remove US armed forces from hostilities in or affecting Yemen, except those engaged in operations directed at al-Qaeda, within 30 days.”

The resolution would still need to be passed by the House before it could be sent to Trump, who has threatened to veto it. The House on Wednesday narrowly approved a rule governing debate on the farm bill that included a provision that would prevent lawmakers from forcing a war powers vote this year.

Still, the Senate vote Thursday underscores the depth of frustration with Saudi Arabia on Capitol Hill, as well as the escalating gap between the White House and Congress on the relationship between the U.S. and the kingdom. (The Hill)

“I hope … we send a loud and powerful message by passing this resolution. That we’re going to bring peace to that country and that the United States Congress is going to reassert its constitutional authority to be the body that makes war not the president,” Sen. Bernie Sanders, who sponsored the resolution with Republican Sen. Mike Lee, told reporters.

"Unanimously the United States Senate has said that Crown Prince Mohammed Bin Salman is responsible for the murder of Jamal Khashoggi. That is a strong statement. I think it speaks to the values that we hold dear. ... I'm glad the Senate is speaking with once voice unanimously toward this end," said outgoing Senate Foreign Relations Committee Chairman Bob Corker.