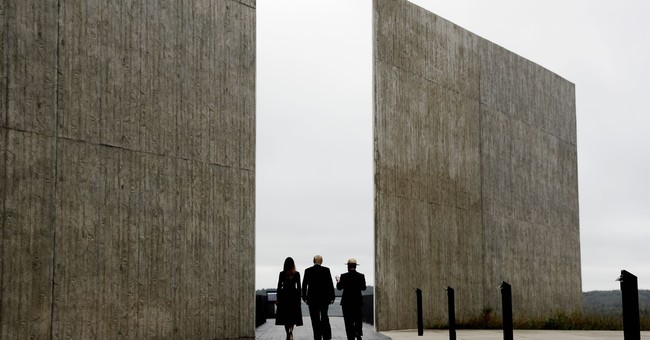 Migrants stormed the United States’ southern border over the weekend but one place none of them were able to cross was the new border wall, Rodney Scott, chief of the San Diego Border Patrol sector, told Fox News on Monday.

Scott explained that the area the migrants breached was in a scrap-metal border wall near San Diego.

"We've identified those (holes) for Congress," Scott said. "And long-term, I'm hoping that Congress steps up to the plate and fixes those to shut off the draw.

"But in the meantime, I'd like to point out that not a single migrant climbed over the new border wall. We have about eight miles of border wall completed here in San Diego -- unfortunately, that's not complete. So the military came over in the last several weeks to help us fortify different areas, but it's those weak areas where we have not upgraded the infrastructure that the migrants were able to breach."

When it's finished, the new section of border wall near San Diego will replace about 14 miles of an 8- to 10-foot-high scrap metal wall with an 18- to 30-foot bollard-style wall topped off with an "anti-climbing plate," CBP announced earlier this year.

The San Diego Sector wall construction is one of Border Patrol’s top priority projects, CBP said, given that the San Ysidro port of entry is one of the busiest border crossings in the world, for both legal and illegal traffic. (CNS News)

Scott's comments about the wall's efficacy comes as debate over its funding heats up.

While President Trump has called for a minimum of $5 billion, Democrats are adamant that no more than $1.6 billion will be spent on it.

When Senate Majority Leader Mitch McConnell was asked Tuesday how he could get Democrats to agree to give the amount Trump desires, he responded, "Well, we're---we're talking about it.

"We're trying to get the president the money he would like for the wall. That's part of the year-end funding discussion, which is ongoing, not only among the appropriators, but with the administration as well," he continued.

"And we're hoping -- that's one of the many things we've got to wrap up here at the end of the year."