In New Memo, Mitchell Says She Would Not Bring Criminal Charges Against Kavanaugh 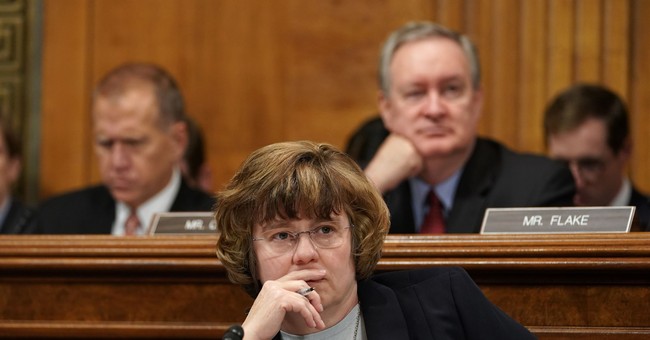 The sex-crimes prosecutor who questioned Dr. Christine Blasey Ford last week explained in a memo released late Sunday that she would not bring criminal charges against Judge Brett Kavanaugh.

Rachel Mitchell noted in a letter to Republican senators that there were inconsistencies in Ford’s testimony and said the accusation was “even weaker than” a case of “he said, she said.”

One of the inconsistencies the long-time prosecutor pointed out was Ford’s timing of the allegation, which at various points she gave ranges from the “mid 1980s” to “early 1980s” and then the “summer of 1982.”

“While it is common for victims to be uncertain about dates, Dr. Ford failed to explain how she was suddenly able to narrow the timeframe to a particular season and particular year,” she wrote.

Furthermore, she never previously named Kavanaugh as the man who she claims pushed her into a room, pinned her down on a bed, tried to remove her clothing and then covered her mouth to prevent her from screaming.

Other issues with her testimony were her failure to remember key details like how she arrived and left the party, as well as the location of the house party, Mitchell said. The prosecutor also noted that Ford's account has not been corroborated by anyone she named as being at the party.

Mitchell’s bottom line was that no “reasonable prosecutor would bring this case based on the evidence before the Committee.”

“Nor do I believe that this evidence is sufficient to satisfy the preponderance-of-the-evidence standard," she added.

Rachel Mitchell, prosecutor hired by Judiciary Committee Republicans writes 5-page memo sent to all GOP senators on Ford testimony tonight. “I do not think that a reasonable prosecutor would bring this case based on the evidence before the Committee.” pic.twitter.com/h9eCcWPRwH