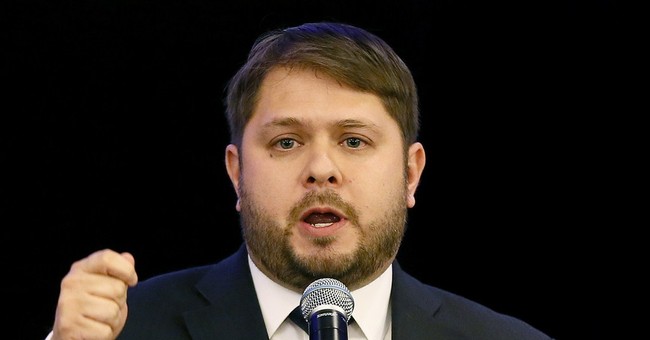 A Democratic lawmaker on Thursday issued a disturbing warning to federal immigration officials who carry out "illegal" deportations, saying they “will not be safe” from future punishment once President Trump is out of office.

“If you are a US government official and you are deporting Americans be warned,” Arizona Democratic Rep. Ruben Gallego tweeted. “When the worm turns you will not be safe because you were just following orders. You do not have to take part in illegal acts ordered by this President's administration.”

If you are a US government official and you are deporting Americans be warned. When the worm turns you will not be safe because you were just following orders. You do not have to take part in illegal acts ordered by this President's administration. https://t.co/BLq48HRkbH

In a statement to Fox News about his tweet, Gallego toned down the language but his message was essentially the same.

“Government officials who violate the law or the constitution will not be immune to legal consequences,” he said. “They will eventually be held accountable for their actions, even if the Trump administration is refusing to do so.”

“It should be frightening to every American that a sitting member of Congress would threaten the safety of any person and their family, and incite the public to take acts of violence against them, let alone the lives of those whose job it is to protect us and keep us safe,” he said in a statement.

The lawmaker’s tweet was in response to a Washington Post report about how the government has denied passports to Hispanics who have U.S. citizenship but whose birth certificates are in question for possibly being fraudulent--a practice which took place under the previous two administrations.

[A] State Department spokesman blasted the Washington Post report, saying passport denials in these cases have actually declined under this administration. Both the George W. Bush and Barack Obama administrations reportedly denied passports to people delivered by midwives in Texas’s Rio Grande Valley, though the practice was hindered by a court challenge years ago. (FoxNews.com)

“The facts don’t back up the Washington Post’s reporting. This is an irresponsible attempt to create division and stoke fear among American citizens while attempting to inflame tensions over immigration,” State Department spokeswoman Heather Nauert told Fox News. “Under the Trump Administration, domestic passport denials for so called ‘midwife cases’ are at a 6-year low. The reporting is a political cheap shot.”