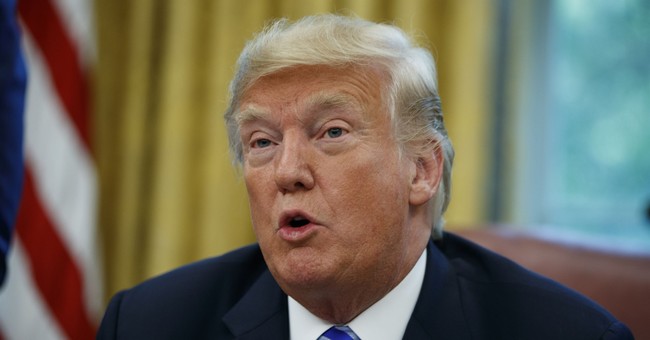 President Trump on Wednesday said if the Department of Justice and Federal Bureau of Investigation do not look into China hacking Hillary Clinton’s emails their credibility will take a significant blow.

“Hillary Clinton’s Emails, many of which are Classified Information, got hacked by China. Next move better be by the FBI & DOJ or, after all of their other missteps (Comey, McCabe, Strzok, Page, Ohr, FISA, Dirty Dossier etc.), their credibility will be forever gone!” he tweeted.

The president’s tweet comes one day after a Daily Caller report about how Clinton’s private email server was hacked by a Chinese company, which served as a front for the Chinese government and forwarded every email to them in real time.

A Chinese-owned company operating in the Washington, D.C., area hacked Hillary Clinton’s private server throughout her term as secretary of state and obtained nearly all her emails, two sources briefed on the matter told The Daily Caller News Foundation.

The Chinese firm obtained Clinton’s emails in real time as she sent and received communications and documents through her personal server, according to the sources, who said the hacking was conducted as part of an intelligence operation.

The Chinese wrote code that was embedded in the server, which was kept in Clinton’s residence in upstate New York. The code generated an instant “courtesy copy” for nearly all of her emails and forwarded them to the Chinese company, according to the sources.

The Intelligence Community Inspector General (ICIG) found that virtually all of Clinton’s emails were sent to a “foreign entity,” Rep. Louie Gohmert, a Texas Republican, said at a July 12 House Committee on the Judiciary hearing. He did not reveal the entity’s identity, but said it was unrelated to Russia. (DC)

China has denied the allegations in the report, telling Reuters, it "firmly oppose[s]" cyberattacks.

“China is a staunch defender of cybersecurity. We firmly oppose and crack down on any forms of internet attacks and the stealing of secrets,” she added.