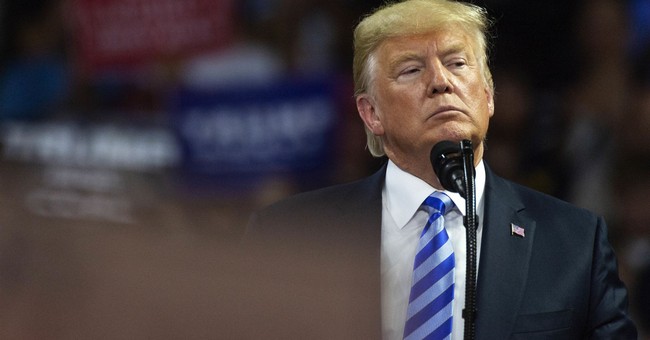 President @realDonaldTrump on if he would pardon Paul Manafort pic.twitter.com/98QPG8AAUa

Trump also said some of the charges against Manafort are widespread in the lobbyist industry.

“And I would say what he did, some of the charges they threw against him, every lobbyist in Washington probably does,” the president told Earhardt.

He then pointed to Hillary Clinton’s alleged crimes.

"If you look at Hillary Clinton's person, you take a look at the people that work for Hillary Clinton," Trump said, "With the emails and she deletes 33,000 emails after she gets a subpoena from Congress and this Justice Department does nothing about it? And all of the other crimes that they've done?"

“He said he considered that. He feels I think — I think he feels bad for Manafort. They were friends, he didn’t work for him for very long. Worked for him for basically 100 days. The president didn’t know about all of this tax stuff. He wouldn’t know about that,” she said.

Manafort was convicted Tuesday on eight counts of bank and tax fraud.