Hundreds of Sheriffs Demand Congress Build the Wall, Crack Down on Illegal Immigration 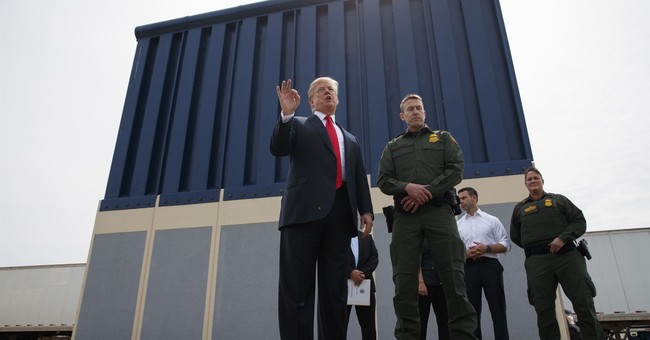 Hundreds of sheriffs sent a letter to members of Congress demanding tighter border security and immigration reform. Without it, the safety and security of Americans and law enforcement is at risk, the 380 sheriffs from 40 states argued.

“Without border security and immigration reform, more Americans will continue to be victims of crime. Now is the time to act,” said the letter, which was spearheaded by Sheriff Thomas Hodgson from Bristol County, Massachusetts.

“We’re calling on Congress to take action now, on the security issues at the border and against sanctuary policies in our states, cities and towns. These sanctuary policies directly undermine and limit cooperation and collaboration between local, state and federal law enforcement, making it harder for America’s sheriffs to protect our citizens and legal residents,” Hodgson said.

His call was supported by the National Sheriffs' Association, whose executive and CEO Jonathan Thompson explained the letter was signed by these sheriffs “because Congress cannot continue to weaken our efforts to make our communities as safe as possible.”

Sheriffs from around the country sent a letter to all Members of Congress outlining the need for congressional action on securing America’s border.

Specifically, the letter demands Congress act on legislation that secures the borders through enforcing immigration law, tightening border security, funding the border wall and other barriers, ending sanctuary policies, suspending and better overseeing the issuance of visas from countries where strict vetting is not possible, and having a zero tolerance policy toward criminal aliens.

“Further delay and inaction on immigration reform will cost more innocent lives, more financial hardships, and an even greater decline in the public trust that is essential to the preservation of our Republic,” the letter states.