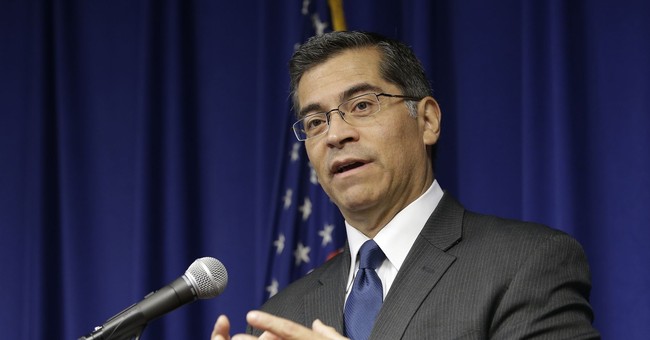 "State law is state law. It’s my job to enforce state law and I will do so. We want to make sure that every jurisdiction, including Orange County, understands what state law requires of the people and the subdivisions of the state of California," Becerra said at a news conference.

Becerra was then asked if that meant an arrest or lawsuit against a sheriff who announced her department would skirt state laws and help Immigration and Customs Enforcement by publishing the dates inmates would be released through an online database called “Who’s in Jail.”

Becerra’s response? "I think I just answered that."

“You are chief law enforcement officer of the county. The attorney general is threatening to arrest you,” he said to Hutchins. “I have never heard of anything like that happening in any state.”

“I don’t think he understands what the law says,” she responded. “What I’m doing is entirely within the confines of the law, and I’m doing what I think is important for my constituents. It’s a public safety issue to me. It’s not about immigration at all. It’s about individuals who have committed violent crimes.”

Following the Sheriff Department’s statement, the Orange County Board of Supervisors voted 3-0 to join the Department of Justice’s lawsuit against California against three of the state’s recent immigration laws.

"This legislation prevents law enforcement from removing criminals from our community and is a threat to public safety," Supervisor Shawn Nelson said ahead of the vote.