How the White House Plans to 'Harden' US Schools 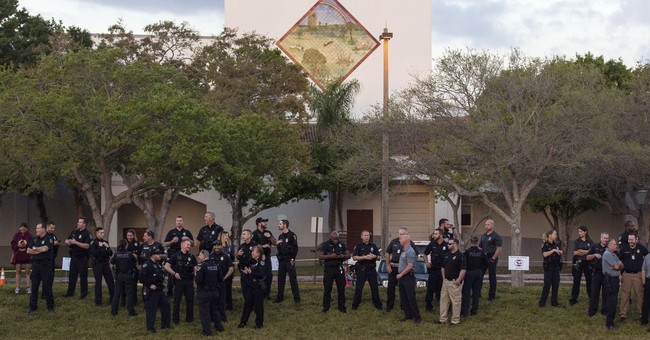 The White House on Sunday released a series of proposals to prevent gun violence in schools and called for the creation of a federal commission to study the issue.

The commission, which will be chaired by Education Secretary Betsy DeVos, will review a "wide range" of ideas to ensure that "no student or family should ever have to live the horror of Parkland or Sandy Hook ever again,” she said.

I am humbled to chair the Federal Commission on School Safety which will help bring forward solutions and identify best practices from state and local communities that will truly work to keep students safe.

Among the White House’s proposals to “harden” schools is a push for states to give school staff members firearms training; encourage states to pass laws to keep guns out of the hands of dangerous people; and call on Congress to pass legislation that would strengthen the national background check system.

The administration also reaffirmed Trump's support for a congressional measure, known as Fix NICS, that helps local officials improve efforts to enter data into the National Instant Criminal Background Check System and the congressional STOP School Violence Act to improve school security and provide some funding for such efforts. […]

Trump is also calling on states to pass temporary, court-issued Risk Protection Orders, which allow law enforcement to confiscate guns from individuals who pose risks to themselves and others, and temporarily prevent them from buying firearms. The president is also calling for better coordination between mental health care, school officials and law enforcement. (FoxNews.com)

The Trump administration will not, however, advocate universal background checks or raising the minimum age to purchase a rifle.

A deadline for the commission’s recommendations has not been made, but the White House expects its work to be completed in less than a year.

....On 18 to 21 Age Limits, watching court cases and rulings before acting. States are making this decision. Things are moving rapidly on this, but not much political support (to put it mildly).