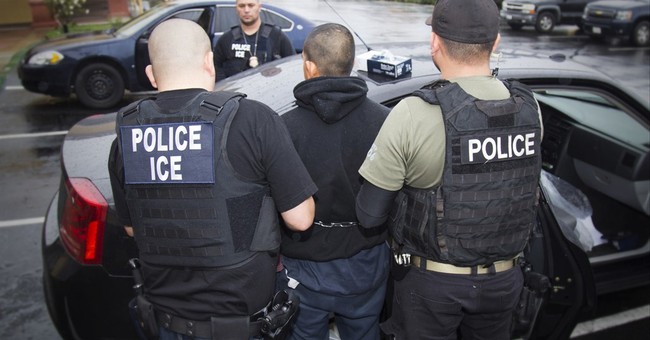 Immigration and Customs Enforcement have continued their crackdown on illegal immigration in the sanctuary state of California this week, with federal officials arresting more than 150 people, even after Oakland’s mayor warned residents about the upcoming raids.

Nearly half of the arrests focused on criminal illegal aliens, including those who have convictions for assault and battery, DUIs, weapons charges, and crimes against children.

The agency spoke of one fugitive arrested, 38-year-old Mexican national Armando Nuñez-Salgado, who is a documented member of the gang Sureño.

“Over the past 18 years [Nuñez-Salgado] has accumulated criminal convictions in California that have resulted in more than 15 years of prison sentencings,” spokesperson James Schwab, of the San Francisco bureau, told Fox News, noting he “has been previously removed by ICE on four prior occasions.”

ICE carried out the targeted operation days after Libby Schaaf, the Democratic mayor of Oakland, warned residents “multiple credible sources” have told her that raids would be forthcoming.

“Earlier today, I learned from multiple credible sources that the U.S. Immigration and Customs Enforcement (ICE) is preparing to conduct an operation in the Bay Area, including Oakland, starting as soon as within the next 24 hours,” Schaaf told local news media.

Schaaf was sharply rebuked for her alerting the public, with ICE officials even asking the Justice Department to determine whether she broke any laws with her warning.

"The Oakland mayor’s decision to publicize her suspicions about ICE operations further increased that risk for my officers and alerted criminal aliens — making clear that this reckless decision was based on her political agenda,” ICE Deputy Director Thomas Homan said in a statement Tuesday. “Unlike the politicians who attempt to undermine ICE’s critical mission, our officers will continue to fulfill their sworn duty to protect public safety.”

Homan believes some illegal aliens were able to evade federal law enforcement because of the mayor's warning.

He said 864 “criminal aliens and public safety threats remain at large in the community, and I have to believe that some of them were able to elude us thanks to the mayor’s irresponsible decision.”