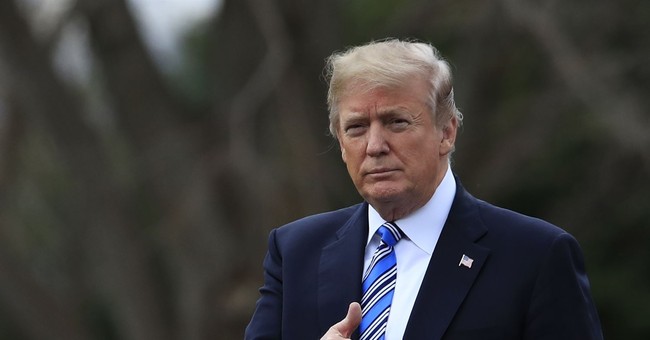 President Trump has been in office a little over a year but has already accomplished a significant percentage of the Heritage Foundation’s 334 agenda items—outpacing even former President Ronald Reagan at the same point in his presidency.

According to Thomas Binion, Heritage’s director of congressional and executive branch relations, President Trump has implemented nearly two-thirds (64 percent) of the conservative think tank’s “unique policy recommendations,” reports The Washington Examiner. Reagan, on the other hand, completed 49 percent of the group’s policy recommendations at this point in his presidency.

The Heritage Foundation’s “Mandate for Leadership” was first created in 1981 for Reagan, who gave a copy of the book to all of his cabinet members. Five books have been presented to Trump from the group so far.

What’s more, he said, Trump hasn’t just focused on one agenda area, but he and his team has pushed through administrative moves on foreign policy, deregulation, immigration, tax reform and health care, moves often ignored by the media.

“It is a huge volume that his administration has worked on and it is a huge spectrum of issues,” said Binion.

His report card jives with one from the West Wing which showed at the end of the year that the administration has scored 81 major achievements slashed at least 11 major legacy items of former President Barack Obama.

Together, the policy wins are adding up to a reelection agenda. “It is absolutely a winning agenda,” said Binion. (Washington Examiner)

President Trump already announced his intention to seek re-election in 2020 and appointed Brad Parscale, his digital director for the 2016 campaign, as campaign manager.