Bush to Americans on Illegal Immigrants: You Should Be Thanking and Welcoming Them 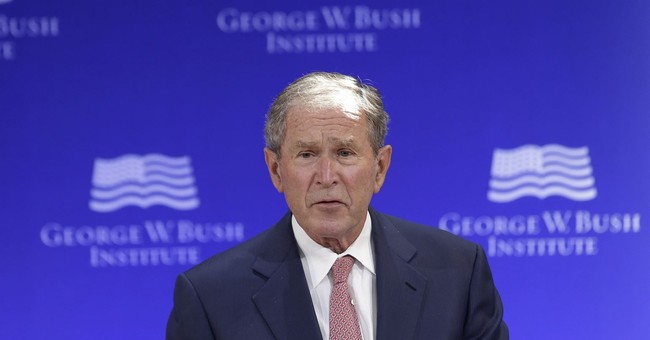 Former President George W. Bush was supportive of the Obama-era Deferred Action for Childhood Arrivals program Thursday, as he told an audience at a summit in Abu Dhabi that the U.S. needs to “welcome” them.

Beyond that, he said at the summit hosted by the Milken Institute, a California-based economic think tank, that Americans should be thanking the illegal immigrants for doing jobs they refuse to do.

"Americans don’t want to pick cotton at 105 degrees, but there are people who want put food on their family’s tables and are willing to do that,” he said, according to The Associated Press. "We ought to say thank you and welcome them.”

Bush, who was critical of President Trump’s approach to DACA, said “America’s their home,” referring to the program’s recipients.

Trump announced in September he was ending the program with a six-month delay to allow Congress to come up with a permanent fix. That deadline of March 5 is rapidly approaching, he continues to warn lawmakers.

Bush acknowledged the U.S. immigration system is “broken” and explained that he “tried [to fix it], but unsuccessfully.”