State Dept: Prepare a Will and Plan Your Funeral If You're Going to North Korea 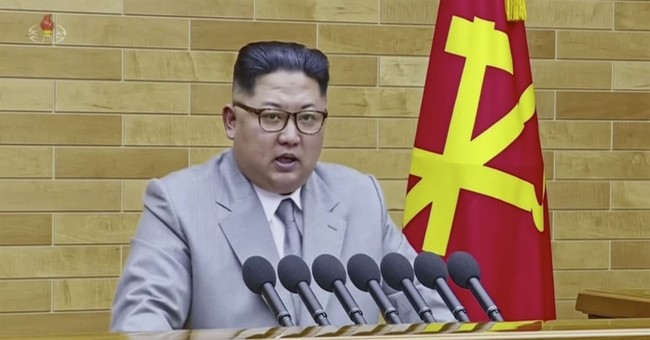 Americans who want to go to North Korea better prepare for the worst—literally, the State Department cautioned last week.

The agency sent out a warning that for those who travel to the Hermit Kingdom, they need to make arrangements in the event they do not return home.

“The U.S. government is unable to provide emergency services to U.S. citizens in North Korea as it does not have diplomatic or consular relations with North Korea,” the State Department wrote Wednesday.

Not that anyone can just decide to go to North Korea, however. U.S. citizens must obtain a special validation from the State Department to travel, which is granted on “an extremely limited basis.” In the off-chance a permit is given, State warns to do the following before leaving:

“Draft a will and designate appropriate insurance beneficiaries and/or power of attorney; discuss a plan with loved ones regarding care/custody of children, pets, property, belongings, non-liquid assets (collections, artwork, etc.), funeral wishes, etc.,”

Journalists, Red Cross representatives, those with “compelling humanitarian considerations,” or people whose trip is “in the national interest,” could be eligible for the special validation passport. Travel to North Korea was banned for all other Americans using a U.S. passport on September 1, 2017.

President Trump designated the Hermit Kingdom a state sponsor of terror in November, calling North Korea "a murderous regime" during a Cabinet meeting and that the designation "should have happened years ago."

President George W. Bush removed North Korea from the list in 2008 in an unsuccessful attempt to stop the regime's nuclear program.

"North Korea has repeatedly supported acts of international terrorism including assassinations on foreign soil,” Trumpt said. “This designation will impose further sanctions and penalties on North Korea and related persons.”