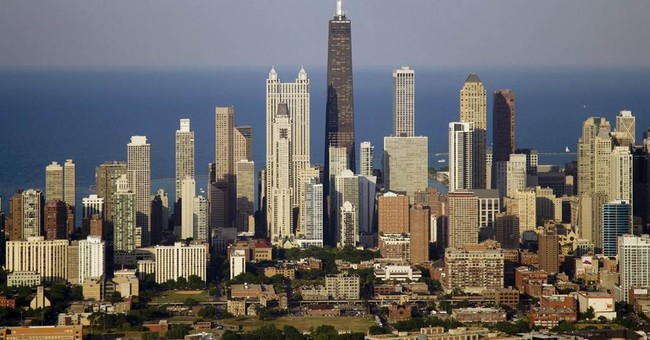 Aaron Goldstein, a candidate for Illinois attorney general, and four members of his campaign were robbed at gunpoint Thursday while taking promotional photos.

The group was approached by three men in their early 20s while taking pictures for Goldstein’s campaign.

One suspect brandished a weapon and demanded the camera equipment and their cellphones before they ran away.

Police described the three suspects as between 20 and 24 years old. They did not release a detailed description of the suspects.

Campaign manager Robert Murphy, who was not with the team during the incident, said Goldstein, Democratic ward committeeman for the 33rd Ward and a resident of Albany Park, was taking promotional images for the campaign with an “in-the-neighborhood kind of” message.

Goldstein and the others weren’t harmed in the robbery, and they were later assured by police that the robbery wasn’t a targeted act, Murphy said. (The Chicago Tribune)

No one is in custody yet.

“So, as far as the campaign, we are moving forward,” Murphy said, reports The Chicago Tribune. “Basically, this was a totally a random act of violence in the community. But when it happens to you, of course, you’re shooken up.

“He says he’s fine, and he was concerned about everyone else instead of how he is – but that’s just how he is.”

Goldstein thanked people for their "concern, well wishes, thoughts and prayers" and said he and his team "are all good."

Goldstein is among eight candidates competing in the Democratic primary to replace Lisa Madigan as attorney general.