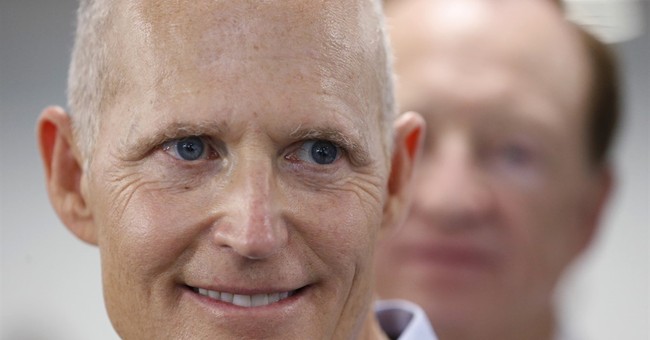 Interior Secretary Ryan Zinke announced Tuesday that he is removing Florida from the plan he unveiled last week that would potentially allow offshore oil and natural gas drilling to take place along nearly all of the nation’s coasts.

The change comes after meeting with Gov. Rick Scott (R), who opposed the move along with a bipartisan group of lawmakers from the state.

“I have witnessed Governor Scott’s leadership through hurricane season and am working closely with him on Everglades restoration. He is a straightforward leader that can be trusted,” Zinke said in a statement. “President Trump has directed me to rebuild our offshore oil and gas program in a manner that supports our national energy policy and also takes into consideration the local and state voice.”

Zinke cited Florida’s tourism industry as reason for the removal.

“I support the governor’s position that Florida is unique and its coasts are heavily reliant on tourism as an economic driver,” he added. “As a result of discussion with Governor Scott’s [sic] and his leadership, I am removing Florida from consideration for any new oil and gas platforms.”

Read my full statement on taking #Florida off the table for offshore oil and gas. Local voice matters. pic.twitter.com/fJhv0p0CDC

Scott was not the only governor to oppose the drilling plan. He was joined in opposition by governors of nearly all the states along the Atlantic and Pacific coasts. So far, Florida is the only state Zinke has made a ruling on, however.

Some lawmakers are saying the decision had to do with Scott running for Senate this year, challenging incumbent Sen. Bill Nelson.

“I have spent my entire life fighting to keep oil rigs away from our coasts. But now, suddenly, Secretary Zinke announces plans to drill off Florida's coast and four days later agrees to ‘take Florida off the table’? I don’t believe it,” he said in a statement.

“This is a political stunt orchestrated by the Trump administration to help Rick Scott, who has wanted to drill off Florida's coast his entire career. We shouldn’t be playing politics with the future of Florida.”