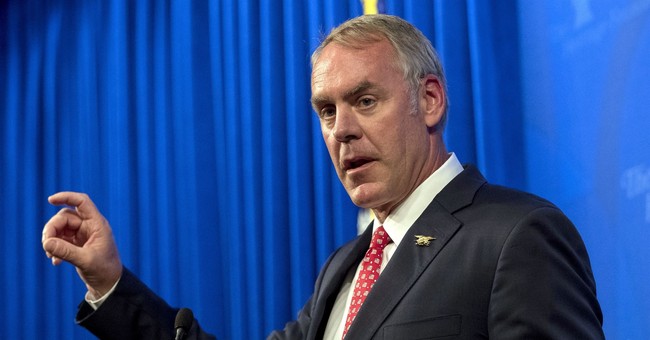 The Trump administration announced Thursday its plans to significantly expand the areas where potential offshore oil and natural gas drilling can take place.

The plan, announced by Secretary of the Interior Ryan Zinke, “proposes to make over 90 percent of the total OCS [Outer Continental Shelf] available to consider for future exploration and development.”

The change is drastic, as currently 94 percent of the OCS is off limits.

“This is a start on looking at American energy dominance and looking at our offshore assets and beginning a dialogue of when, how, where and how fast those offshore assets should be, or could be, developed,” Zinke told reporters Thursday.

The proposal include 47 possible lease sales, which is the largest number ever proposed for the National OCS Program’s five-year lease schedule, according to the statement.

“Today's announcement lays out the options that are on the table and starts a lengthy and robust public comment period,” Zinke said. “Just like with mining, not all areas are appropriate for offshore drilling, and we will take that into consideration in the coming weeks. The important thing is we strike the right balance to protect our coasts and people while still powering America and achieving American Energy Dominance"

The plan was immediately met with backlash from the environmental community, and even some Republicans.

Some Florida lawmakers also pushed back, including Gov. Rick Scott, who said he’s already asked to meet with Zinke over the proposal and “the crucial need to remove Florida from consideration.”

Republican Sen. Marco Rubio similarly opposed the plan, saying in a statement that he will ask the Interior secretary "to recognize the Florida Congressional delegation’s bipartisan efforts to maintain and extend the moratorium in the Eastern Gulf of Mexico, and remove this area for future planning purposes."