Here's How the Washington Post Responded to Trump's Comments on Moore 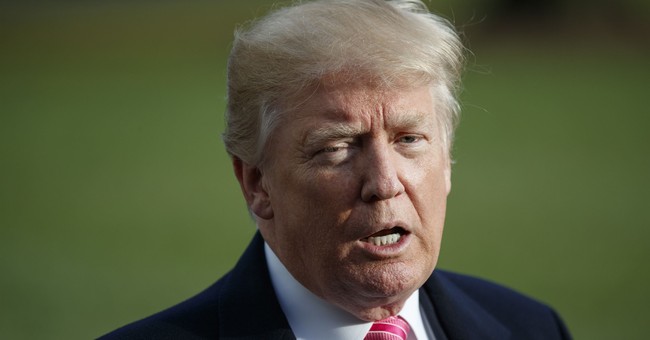 The Washington Post on Wednesday published a “complete list” of allegations of sexual misconduct against President Trump one day after he broke his silence about Alabama Senate candidate Roy Moore.

The “Fact Checker” section of the paper lists the names and stories of 13 women who allege Trump touched them physically along with people who corroborated their story and a response.

"We don't need a liberal person in there, a Democrat,” Trump said on the South Lawn of the White House on Tuesday.

He talked about Doug Jones—Moore’s Democratic opponent—and his “terrible” record on crime, the border, the military, and the Second Amendment.

“He denies it. He totally denies it," Trump said of Moore. “He says it didn’t happen. You have to listen to him also.”

The White House also seemed to strike a different tone about Moore from just a couple weeks ago.

Initially, in remarks to reporters during Trump’s trip to Asia, White House Press Secretary Sarah Huckabee Sanders said, “The president also believes that if these allegations are true, Judge Moore will do the right thing and step aside.”

When asked again more recently about whether Moore should step down, however, she left it in the hands of voters.

“That is a decision the people of Alabama need to make, not the president,” she said.