GOP Tax Bill Has Some Bad News for the NFL 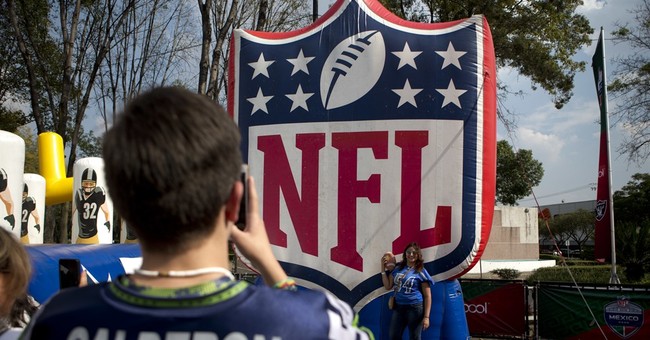 If Republicans manage to pass their tax reform plan, the NFL can kiss its tax break for stadiums goodbye.

[T]he newly proposed tax reform bill would kill the tax-exempt status for municipal bonds used to finance stadium construction. (Worth noting: this isn’t an idea new to Trump or Republicans. President Obama proposed ending the tax-free status for the bonds back in 2015, and the stadium-finance bond provision has long been a target of tax reformers.)

Put simply, because nobody’s here to delve through the intricacies of municipal construction tax policy: when a team asks a city to kick in on a new stadium, the local government issues municipal bonds to pay for its share. Those municipal bonds are, at present, free from federal tax, saving investors a measurable, significant, double-digit percentage of the overall cost … and, in turn, depriving the federal treasury of significant potential revenue.

How much revenue are we talking here? A fair amount. Since 2000, the federal government has subsidized $3.7 billion in tax-exempt bonds for stadium construction, according to Bloomberg. A recent Brookings Institute study found that of 45 stadiums constructed between 2000 and 2016, 36 took advantage of the tax-free bonds. (Yahoo News)

President Trump warned last month that this change could be coming.

“Why is the NFL getting massive tax breaks while at the same time disrespecting our Anthem, Flag and Country?” Trump said on Twitter. “Change tax law!”

Despite the NFL giving up its tax-exempt status in 2015, she said “it’s been well documented that billions of taxpayer dollars continue to subsidize the construction and renovation of professional sports stadiums.”

“If this industry is going to use money from American taxpayers to build the very fields they play on, is it really too much to ask that they show respect for the American flag at the beginning of the game?” she asked.

Not surprisingly, the NFL is pushing back on the proposal.

“It’s something that the NFL will oppose because we believe that the construction of new stadiums and renovations of stadiums are economic drivers in local communities,” NFL spokesman Joe Lockhart said, reports the Wall Street Journal. “If the idea is to promote economic growth, this would be a step backwards.”

“Eliminating this is a good idea,” said Ted Gayer, one of the authors of a 2016 Brookings Institution study on the issue. “It’s a transparently egregious misuse of federal tax dollars.”