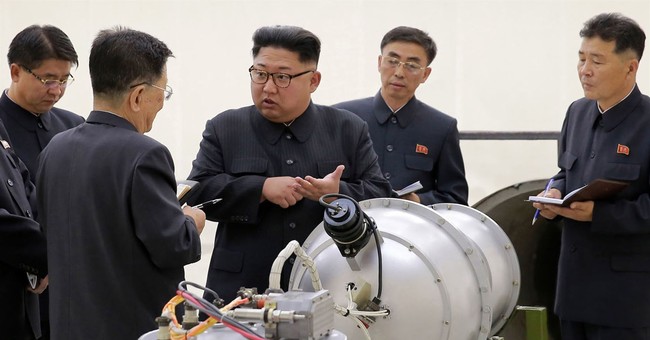 The structural integrity of the tunnels were compromised after dictator Kim Jong Un’s sixth nuclear test, which significantly weakened the mountain.

That Sept. 3 test of a hydrogen bomb, which was reportedly 10 times more powerful than the nuclear bomb the U.S. dropped on Hiroshima in 1945, triggered a 6.3-magnitude earthquake. A few minutes later a 4.1-magnitude earthquake was detected from the site, believed to be from a tunnel collapsing.

It’s unclear if the mountain will collapse in the near future, but the report said there was “significant cracking” and “irreversible strain” on the land because of the nuclear test.

Some experts also said Mantap was suffering from “tired mountain syndrome” due to the stress on the ground, the Washington Post reported.  (Fox News)

There's also concern the collapse could trigger a massive radioactive leak on a scale of a Chernobyl or Fukushima. According to Chinese scientists, radioactive xenon-133 was detected in South Korea after Pyongyang's latest nuclear test.