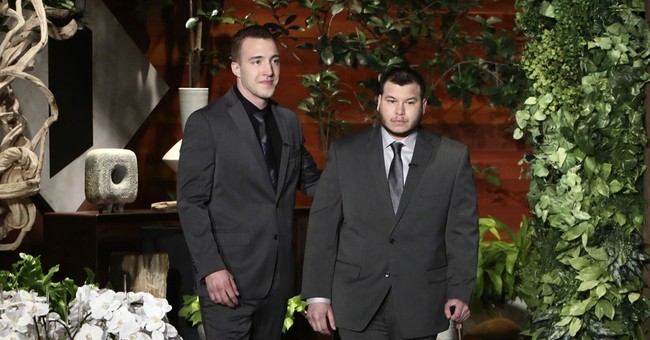 According to documents Fox News obtained from Customs and Border Patrol, Campos returned to the U.S. from Mexico one week after the attack on concertgoers at the Route 91 Harvest country music festival. The documents do not reveal when he left, or how long he stayed, only that he entered at the San Ysidro border crossing in California.

The 25-year-old guard entered the U.S. from the same entry point in January. During that trip he drove his own vehicle, this time he rented a car, accorded to Fox News’s sources.

The new information raises even more questions about Stephen Paddock’s Oct. 1 massacre — such as why authorities would allow Campos to leave the country in the middle of their investigation or how the security guard managed to make it down to Mexico with a gunshot wound to his leg.

Campos reportedly took a bullet from gunman Stephen Paddock at the start of his killing spree.

The union that represents him told Fox that they were aware of his trip to Mexico and claimed it was pre-planned visit. What’s unclear, though, why the group didn’t report his whereabouts in the days following the massacre. (NY Post)

Another odd detail about Campos is that he not a registered security guard with Nevada’s Private Investigator’s Licensing Board—and when Fox pressed the Clark County Sheriff’s Office for answers about what requirements are needed to be a guard at the casino, an agent “refused to tell [the producer] what is needed” and said they don’t talk about victims. The agent then hung up.

"This story gets murkier by the day, and that is the opposite of what is supposed to happen," Carlson said. "It's obvious there is lying and incompetence at the heart of it."