Top General Says Iran Is in Compliance With Nuclear Deal, But... 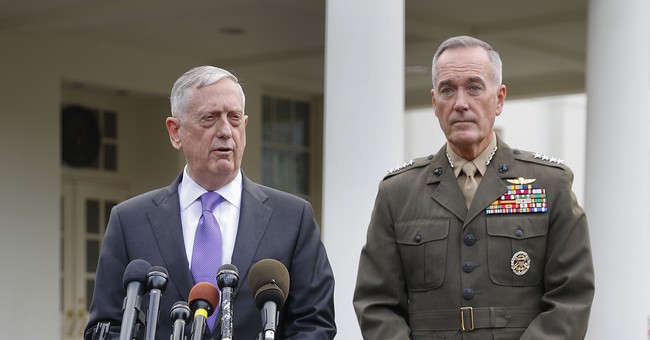 The top general in the United States military said that while Iran is complying with the nuclear deal, it has not stopped the rogue nation from other malign activities.

“The briefings I have received indicate that Iran is adhering to its JCPOA obligations,” Gen. Joseph Dunford wrote in response to policy questions ahead of his confirmation hearing to serve a second term as chairman of the Joint Chiefs of Staff.

“The JCPOA has delayed Iran’s development of nuclear weapons,” he added, but “Iran has not changed its malign activity in the region since JCPOA was signed.”

When asked to clarify, Dunford said the Joint Comprehensive Plan of Action was intended to address only the nation’s nuclear missile program. He said other significant threats coming from Iran include its support for proxies, its cyber activity, its missile program and its maritime threat.

Trump called the Iran deal an “embarrassment to the United States” during his speech at the United Nation General Assembly last week and told reporters the day after that he has made a decision on whether Iran is in compliance with the deal.

He has until October 15 to tell Congress whether he will recertify Iran’s compliance with the deal, which he has done twice in his presidency thus far.

Dunford’s assessment seems to run counter to national security adviser H.R. McMaster’s view of whether Iran is holding up its end of the deal.

Last week he told Fox New’s Chris Wallace that Iran is “not just walking up to the line on the agreement. They’re crossing the line at times."