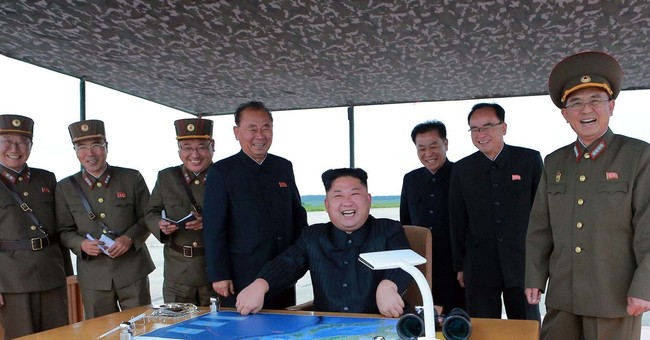 A top North Korean diplomat said Pyongyang’s latest nuclear test was a “gift” to the United States and that more are on the way.

"I am proud of saying that just two days ago on the 3rd of September, DPRK successfully carried out a hydrogen bomb test for intercontinental ballistic rocket under its plan for building a strategic nuclear force," Han Tae-song, ambassador of the Democratic People's Republic of Korea to the United Nations, said at UN-sponsored Conference on Disarmament on Tuesday.

"The recent self-defense measures by my country, DPRK, are a gift package addressed to none other than the US," he added, noting that Sunday’s test wouldn’t be the last.

"The US will receive more gift packages from my country as long as it relies on reckless provocations and futile attempts to put pressure on the DPRK," he said.

Han went on to say the latest nuclear test was meant to counter “the ever-growing and decade-long U.S. nuclear threat and hostile policy aimed at isolating my country.”

Sanctions and pressure will not work on the regime, he argued. “The DPRK will never under any circumstances put its nuclear deterrence on the negotiating table."

“They’ll eat grass, but they won’t abandon their program unless they feel secure,” he told reporters.

Treasury Secretary Steven Mnuchin recommended Sunday that the U.S. can do more economically to punish North Korea, including drafting another sanctions package.

President Trump also threatened he could cut trade with all countries that do business with North Korea.

“The United States is considering, in addition to other options, stopping all trade with any country doing business with North Korea,” he tweeted Sunday.