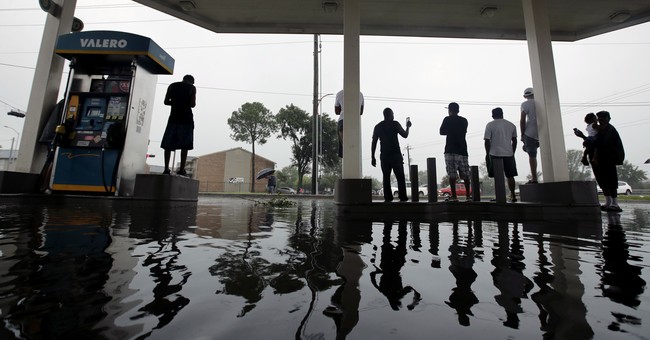 The Women’s March sent out a tweet Wednesday with recommendations for how people can help the victims of Hurricane Harvey in Texas—but based on their suggestions, they seem to be only interested in helping non-whites.

“Here's a list of orgs working to keep immigrant, Black, Latinx & other communities safe after Hurricane Harvey,” Women’s March tweeted along with a link to a Color Lines article titled, “How to Donate Money and Other Aid to Communities of Color in Houston.”

The article noted how the Red Cross has a sketchy background in terms of how donations are used after natural disasters.

Per a previous Colorlines article, “an investigation by ProPublica and NPR in 2015 claimed the agency built only six homes with the $500 million it received in donations after the 2010 earthquake which devastated [Haiti].” And last year, after people in Louisiana were displaced by flooding, Colorlines reported that at a Baton Rouge Red Cross shelter, “volunteers had to pay for baby formula out of pocket—even though Red Cross received a truckload of it as a donation that could be distributed to the majority-Black population being housed there.”

Fortunately, there are organizations whose focus is to provide assistance to communities of color and other groups that are disproportionately vulnerable in times of tragedy. (Color Lines)

The article then listed 13 organizations.

Social media users were quick to call out the Women’s March for only wanting to help minorities rather than all Americans.

“Does that mean they are not helping caucasians? How is this not reverse racism?” @kathrynkellyPR tweeted.

“What the literal HELL is wrong with us? We start picking and choosing what ethnic groups we're going to help in a time of crisis?” another Twitter user, @ii_haymon, commented.

Even liberals weren’t pleased with the Women’s March’s recommendation.

“As a liberal, I'll just donate to everyone. Thanks. #unfollow” wrote @WMAIndivisible.

As @GaryMorris13 noted, "Can't we just forget about race and love and help everyone?"