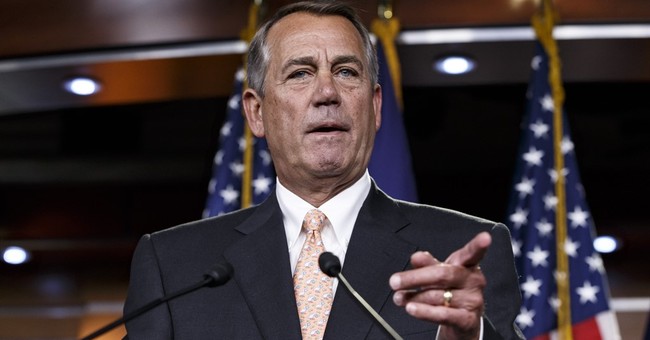 Former House Speaker John Boehner said Republicans are "never" going to be successful in their efforts to repeal and replace Obamacare.

Speaking to a group in Las Vegas last week, Boehner said the GOP’s efforts will fail because “the American people have gotten accustomed to it.”

“Here we are, seven months into this year, and yet they’ve not passed this bill. Now, they’re never - they’re not going to repeal and replace Obamacare,” Boehner said, reports The Washington Post.  “It’s been around too long. And the American people have gotten accustomed to it. Governors have gotten accustomed to this Medicaid expansion, and so trying to pull it back is really not going to work.”

He did offer his own suggestions, however, saying that Republicans could remove some of the regulations, tax provisions, and end the insurance mandates.

If the GOP doesn’t pass legislation on some of the key items they promised—tax reform, healthcare, and infrastructure—they will pay dearly in the midterm elections next year. Boehner went so far as to say “they’re going to get annihilated” if they fail to accomplish these agenda items.

The Senate will vote Tuesday on the motion to proceed on the House-passed healthcare bill.